Grain and soy markets are looking just a bit more chipper this morning as thus far, we have been able to remain in positive territory for most.  Meal is the lone exception for now, but gosh, after climbing higher for three whole days in a row and pushed all the way back to the old lows, these bulls are just plum tuckered out. They have not been able to use their muscles very often as of late.  It is premature to say if the strength we are witnessing has any real staying power or just the false promise of a Turnaround Tuesday, but as oversold as these markets are, I favor the former. 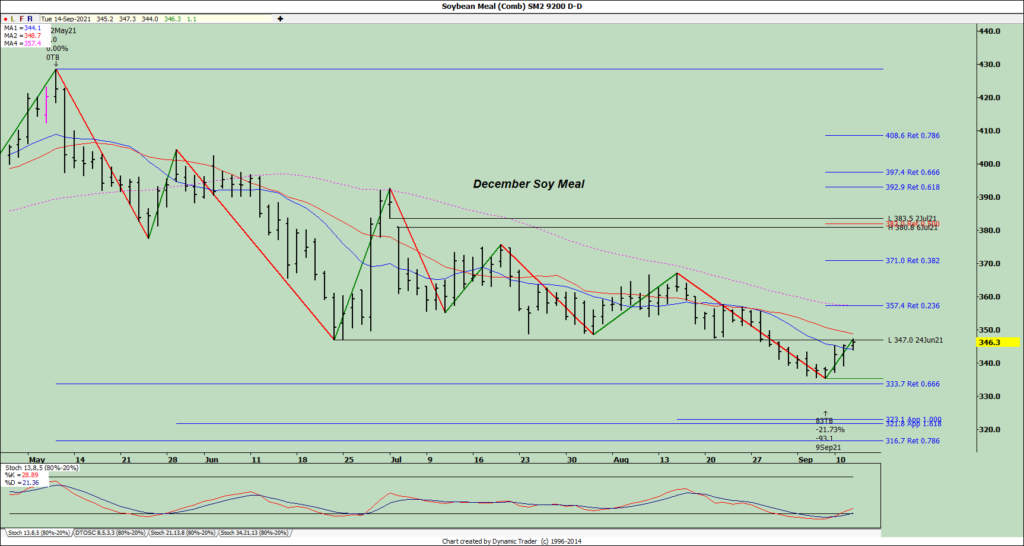 According to Uncle Sam, 87% of the corn in the U.S. is now dented.  37% is mature and 4% harvested.  Of course, the majority of the harvest has taken place in Texas (63%) and North Carolina (49%). Still, with the current warm and generally clear weather outlook, it will be expanding quickly elsewhere. 38% of beans nationwide are dropping leaves, which is 9% ahead of average.  Over the weekend, I noticed several fields already harvested, which is easily 10-day to two weeks ahead of normal for these parts.  36% of cotton bolls are opening, which is 7% behind average, and 5% of the crop is harvested compared with the average of 8%.  Winter wheat planting moved up 7% to 12% complete.

We do have a number of updates from around the world as well this morning.  Stats Canada released updated numbers.  Wheat production was reduced a bit over 1.2 million to 21.715 MMT.  Corn production raised bumped up to 14.37 MMT. Barley lowered around 700,000 to 7.14 MMT, and soybeans were raised slightly to 5.886 MMT.

In the Southern Hemisphere, planting of the first season corn has moved up to 16%, a bit behind last year’s pace of 20%.  Rains slowed the progress down some, but needless to say; the moisture is quite welcome.  Soybean planting should kick off this week, and according to Dr. Cordonnier, as a whole, they have received better moisture than a year ago.  The Buenos Aires Grain Exchange also released estimates for 2021/22.  They are looking for soybean production of 44 MMT, corn at 55 MMT, and wheat, 19.2 MMT.  According to the USDA, this last year, these crops came in at 46 MMT, 50 MMT, and 17.65 MMT, respectively.

In the macros this morning, we find energies higher, gold higher but silver, and the other industrial metals lower.  Equities started the day higher but are now lower, the dollar is under pressure, and financial instruments are strong.  It would appear that concerns about the Delta variant creating a drag on economic growth have taken precedence over any less accommodative moves by the Fed. 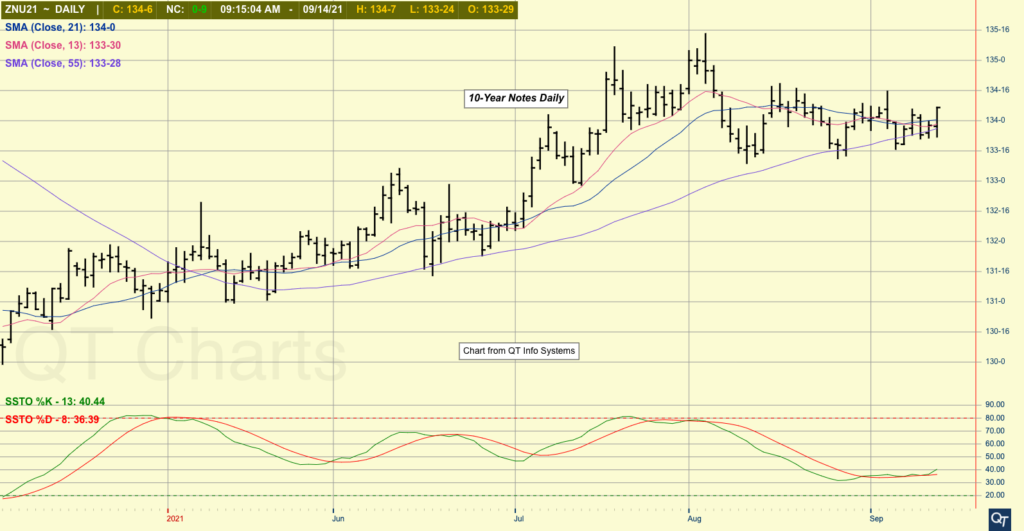