Happy Autumnal Equinox!  If you had not guessed already, to lead off a letter about markets with an announcement that today marks the official beginning of fall has to suggest there is really not much in the news this morning.  After all, I guess it is Wednesday, when, winter, summer, or fall, we seem to suffer from a void of new information.

I would point out that compared with the dour fashion in which this week began, almost all markets appear to have stabilized and have begun to try and climb out of the holes they were pushed into.  Much of this can be attributed to news from China that the real estate developer Evergrande will at least be able to make good on the interest due tomorrow on one of its domestic bonds.  Since Monday, there has been quite a bit of discussion/debate as to if Evergrande will turn out to be “China’s Lehman Brothers Moment.”  The company does have some $305 billion in outstanding debt, of which only $20 billion is held outside of Chinese borders, so no doubt there is potential to disrupt their financial industry.  The government has been a bit coy as to if they plan to intervene, but one has to suspect if push comes to shove, they will.  The Peoples Bank has already dumped 90 billion yuan into the banking system to try and ease some of the panic.  At a minimum, this debacle should signify that the crazy real estate days in China are finally drawing to a close.  At least for a while.

According to Sovecon, as the Russian wheat harvest has expanded up into Siberia, yields have improved, and as such, they have bumped the projected crop a bit higher.  I should have emphasized “bit” as the increased the estimate just 200,000 MT to 75.6 MMT.  Last year to crop came in at 85.9 MMT.

The ministers from OPEC+ are scheduled to meet again in early October to discuss the current production quotas and if they should be adjusted upward, but some members are reporting problems just keeping up with the current output.  This is not a demand issue but due to under-investment or lack of progress on current maintenance projects due to covid related labor issues.  If that is indeed an issue, the bigger question may be, will the Saudi’s step up and fill the gap?  Last week, crude pushed back to the highest level traded since mid-summer and is back within striking distance of the highs posted at that time.

In the rest of the macros this morning, we find metals higher, financial instrument positive, the dollar flat to soft and equities strong. 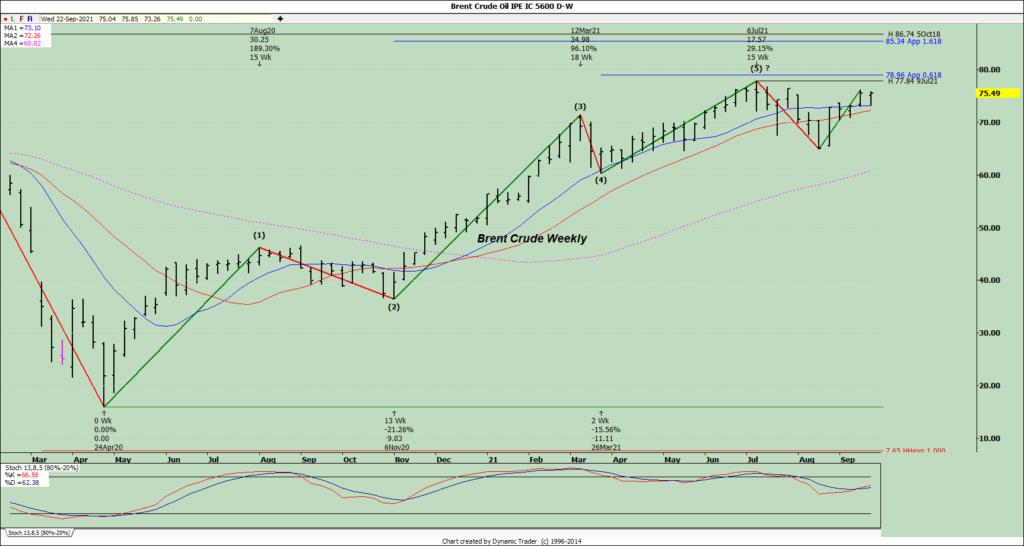