On Monday, I commented that at least metaphorically, markets had gotten out on the wrong side of the bed to begin the week, stumbling over another financial stone, this one labeled Evergrande.  While it took everyone a day or so to find their balance, but once the sun rose a bit more and shed some additional light on the issues at hand, things did not look quite so dire (at least for now), and recovery ensued.  The most impressive without a doubt is over in equities, where the Dow Jones Industrial Average is now around 100 points higher for the week, after being down nearly 1,000 at one time, and the S&P 500 closed the gap lower that was left when trading began and is currently higher for the week as well.  The belief (myth) that all you need to do to make money is buy the panic breaks remains alive and kicking. 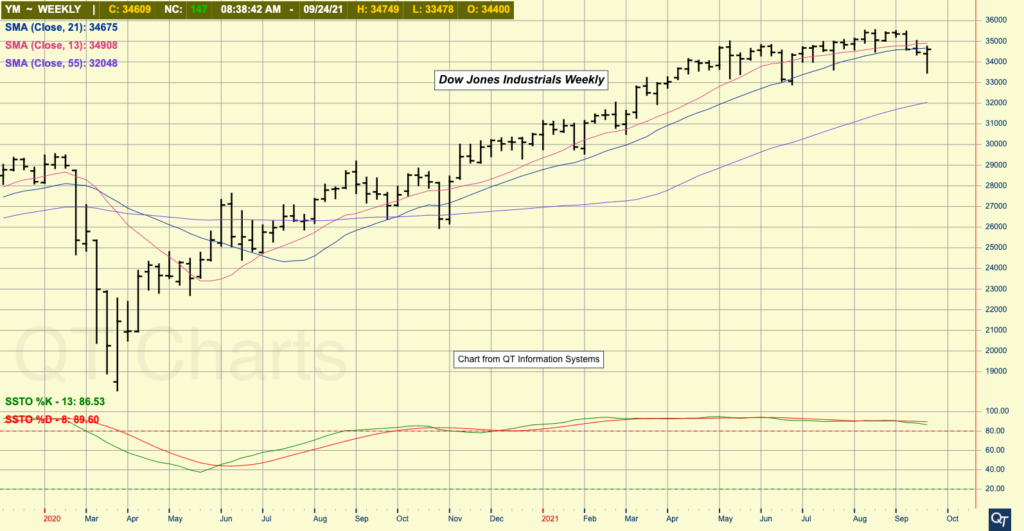 The performance in the grain and soy markets has not been quite as impressive but led by wheat, we have pulled away from the early week despair as well.  If we closed right now, corn would be down a bit over 1-cent for the week, beans down 3, and wheat trading around 8-cents higher.  I would suggest that this overall performance would be telling us that at least until we know more about the overall supply/demand situation, we have reached a point of value in these markets.

It would appear that the hard-line that China is willing to take against Australia, or anyone else for that matter, becomes a bit fuzzy when it comes to food availability and price.  While they have not lifted duties on Aussie wine and barely (tough break for the drinking crowd), they have now returned to purchasing wheat from that nation as prices elsewhere have been less plentiful and more expensive. Of the 5 MMT or so that farmers have sold from the 2021/22 crop, China has purchased 2 million.  Food will always trump all other things, including ideology, as politicians know the quickest route to revolutions is driven by food availably and price.