As it turned out, yesterday did work out to be a “witching hour” for bean bulls and wheat bears, as Uncle same hexed them both with a curse.  More beans were uncovered, and less wheat, with corn, stuck somewhere in the middle.   While not trying to take anything away from the wheat rally, the most interesting action appears to be over in beans as with the breakdown we witnessed, this market has pushed into lower lows for the calendar year on the spot continuation chart, and on the November only chart, if flirting with summer lows.  If we fail to hold these current levels, it may not be long until we print an 11 at the front of prices once again. 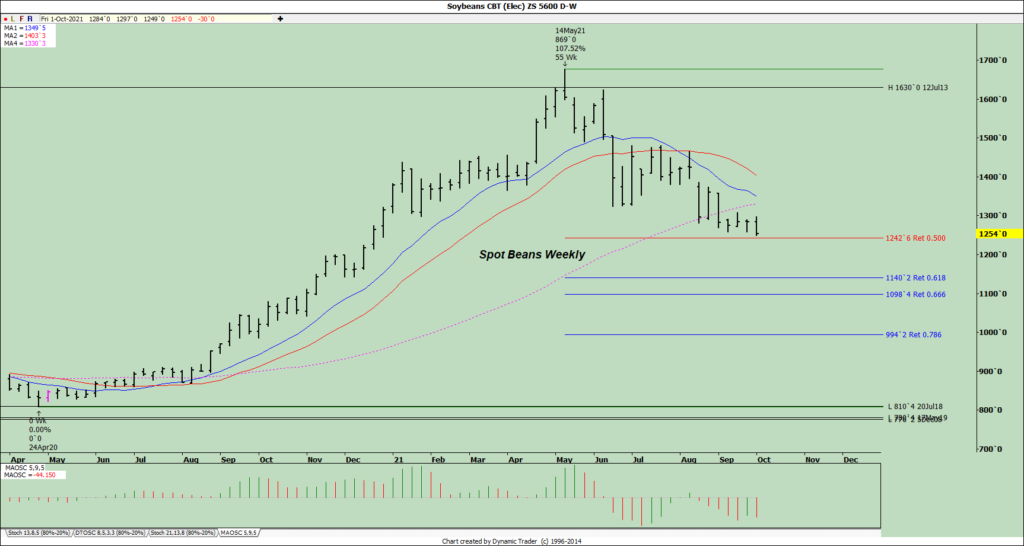 If we were to wrap up the week right now, beans would be 30-cents lower, corn 14-cents higher, Chicago wheat up 13-cents, and KC wheat up 29-cents.

There are chances of rain across the upper Midwest this weekend, and while moisture is welcome just about everywhere, it could delay harvest activity until the beginning of next week.  The Delta and southeast should remain on the wet side.

Conditions have remained a bit moist in Europe as well, and the forecast for the next week does not show much improvement.  According to AgriMer, corn harvest in France only moved ahead 1% last week to just 2% complete.  Last year they had harvested 31% of the crop at this date, and on average, would be 12% complete.  Further east in Ukraine, the Ag Ministry estimates that the total grain harvest is 67% complete.

While I will be covering the topic a bit more in the weekly letter, the threat of higher interest rates moving forward has spurred the dollar bulls to action this week, and we have seen it move into new highs for the year.  This is not to say that it will not run into a number of obstacles along the way; this appears to be confirming a positive outlook for the dollar as we move out into 2022, which of course, is not a positive for commodities. 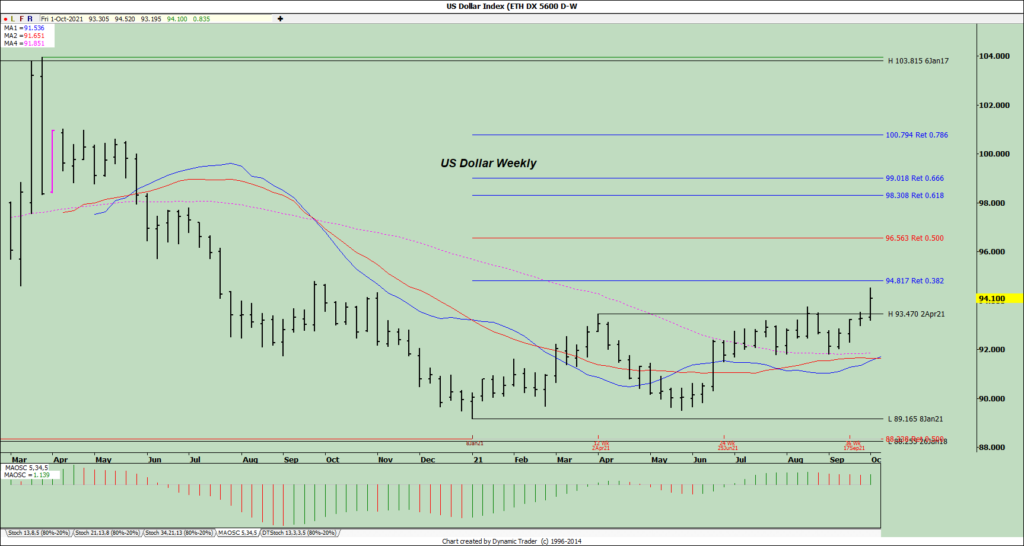