Even though the marquee reads “USDA October Crop Estimates” like all shows, there are more than a few previews to sit through before the main feature begins.  In no particular order of importance, here they are;

Corn harvest moved forward 11% last week and stood at 29% complete as of Sunday.  This moves us to 7% ahead of the 5-year average and 5% ahead of last year.  Undoubtedly, one would need to look no further than reports from the Northern Plains to uncover some disastrous yields, but throughout the “I” states, I continue to hear talk of good to excellent numbers.  Soybean harvest more than doubled for the week and stood at 34% complete. This is 8% ahead of average and pretty much the same place we were a year ago.  Cotton harvest barely crept forward, moving up 2% to 13% complete.  This is 6% behind the 5-year average and 3% behind last year.  Winter wheat planting moved ahead 13% and has reached 47% complete. 19% of the crop is emerged.

Looking to South America, AgRural now estimates that 38% of Brazil’s first corn crop is planted, which is keeping pace with last year.  The big difference, though, is improved moisture this year.  Bean planting moved ahead 6%, reaching 10% compared to just 3% last year at this time.  Southern Brazil has received the best rains so far, but they have been moving north, and the long-range forecast suggests generally favorable conditions throughout the growing season.  In Argentina, corn planting increased a bit more than 4%, bringing it to just over 21% complete.  This is basically at the same place they were a year ago but is 4% behind average.  Bean planting will not begin in earnest for another week or so.  Unlike Brazil, though, the long-range weather forecast for this nation is not promising.

After taking a couple of days off, Mexico was back for more corn.  This time they purchased 165,000 MT.

In economic news, the National Federation of Independent Businesses small business optimism index slipped to 99.1 in September from 100.1 last month.  The Redbook Weekly US Retail Sales number shows a 14.8% increase from a year ago.  Again, one has to keep in mind where we were a year ago. That said, I read this morning that the overall number of covid cases and related deaths have dropped significantly in the past two weeks, giving rise to hope that we have moved past a peak once again. 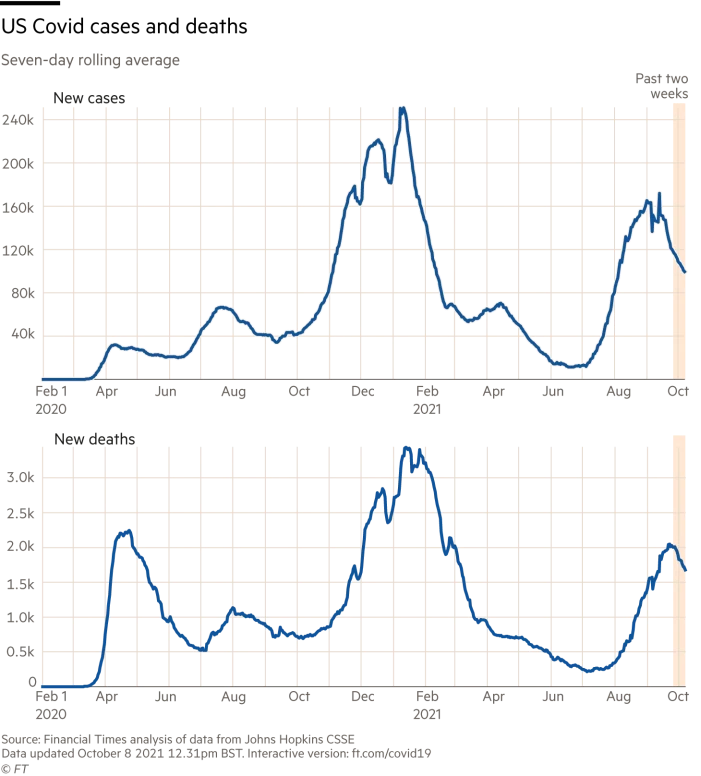