Weekly initial jobless claims continue to edge lower, dropping 14,000 last week to 269,000.  This sets another new post-pandemic low and was more than double than what was expected by Wall Street.

Trade figures for September were released this morning, with our deficit pushing to another new record.  We exported $207.6 billion of goods and services during the month and imported $288.5 billion, creating an $80.9 billion deficit.

While certainly well anticipated, the Federal Reserve made it official yesterday; they will begin winding down the $120 billion per month bonds purchasing program, beginning in the middle of this month.  They intend to “adjust the pace” of the tapering “if warranted by changes in the economic outlook.”  Seeing that the Fed had done a good job of warning everyone that this would likely happen at this meeting, most markets have shown little impact.  The one exception appears to be the dollar which has rallied back against recent highs this morning, and bulls appear hungry for more. 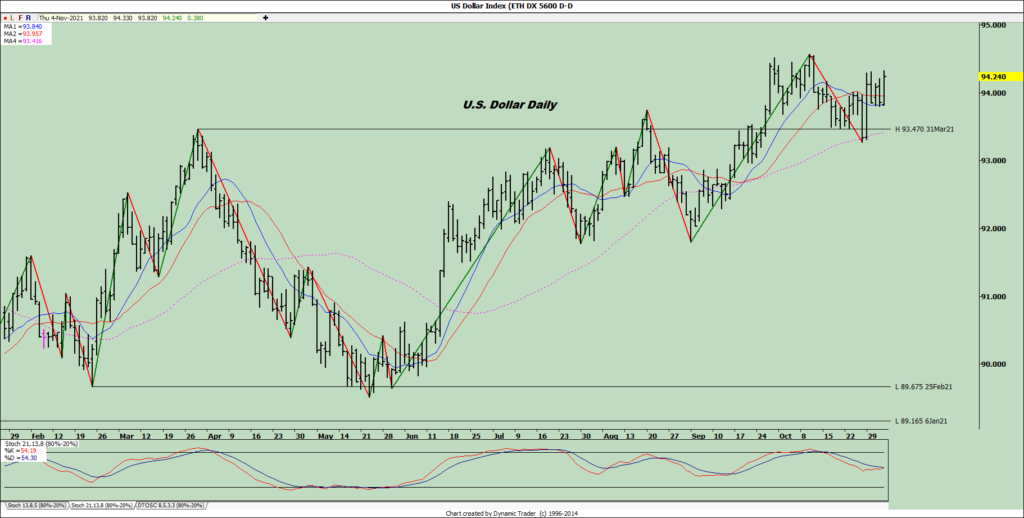