While the sun may be shinning this morning, it has not brightened the mood of many in the grain and soy trade as we have begun this week with a slightly defensive tone.    There would seem to be little question that beans appear to be the “Debbie Downer” that putting everyone else in a bad mood, and we have seen spot futures reach back down to challenge the October lows.  Unless Uncle Sam can provide a little encouragement tomorrow, I would not be shocked to see bean slip down to the 11.50/11.40 zone this month, but I suspect you would find value buyers stepping in if that were the case. 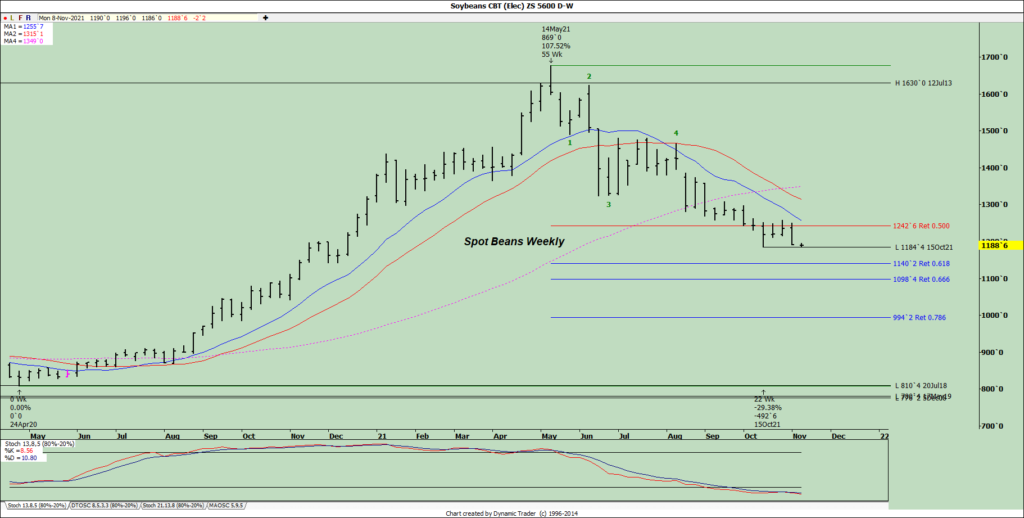 The stats out of China this morning certainly have not helped the cause.  During October, bean imports into that nation were 41% lower than the previous year and almost 26% below September, coming through at 5.11 MMT.  This was the lowest monthly import figure since March of 2020.  Poor crush margins and the shipping issues related to Hurricane Ida were cited as the reasons for the slowdown.  Year to date, total imports now stand at 79.1 MMT, which is 5% below the same period a year ago. No doubt this has raised some concerns that the USDA may lower bean export numbers on tomorrow’s report.

We did have one export sales announced this morning, but it does fit into the category of routine business.  Colombia purchased 150,000 MT of corn.

We have mixed action in the macros as we begin the week.  Energies and metals are all higher. Financial instruments and the dollar are lower, and equities have continued their quest into ever higher highs.