Obviously, we have not exhausted the buying that needs to be completed this week. After taking a hiatus on Tuesday (Tuesday-undo), buyers were back at it again yesterday, particularly in the soybean and soymeal markets.  We should keep in mind that just a few weeks ago, these two were, with little question, the most oversold in the Ag groups, so it only stands to reason, they have seen some of the best percentage advances as well.  While we have shown little sign of slowing down this rebound just yet, as you can see, we have spot meal futures closing in on a 50% retracement of the entire range this year and are pushed indicators into the overbought zone.  I suspect this advance should be wrapped up by Thanksgiving, if not before.  I have heard a lot of complaints this year about the price of real Turkeys, so maybe the same will apply to Tofu-turkeys as well. 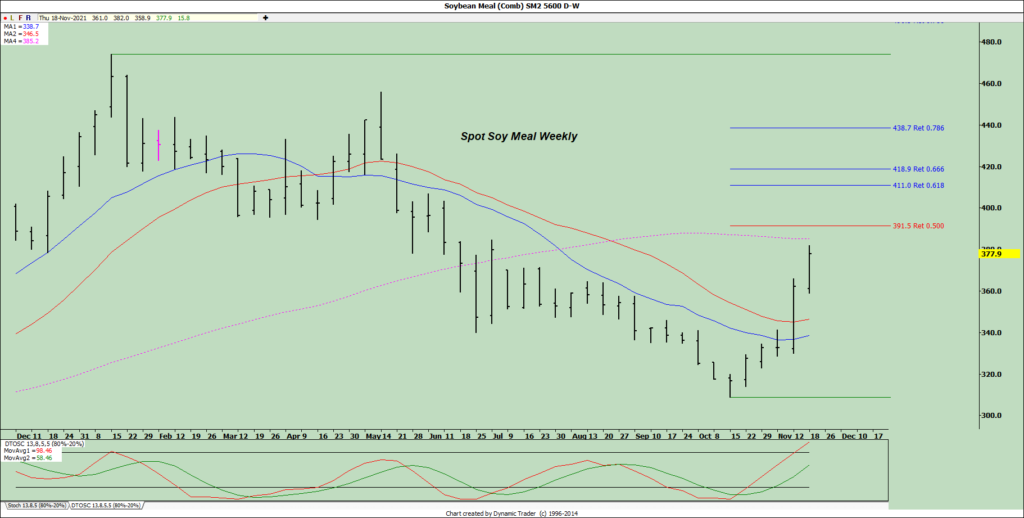 The weekly initial jobless claims numbers changed little last week, dropping just 1,000 to 268,000.  I guess one should not complain as long as the numbers are moving in the right direction as this is the lowest figure reached since March 2020.

Over in the macro trade this morning, we find energies and metals under pressure.  Financial instruments are higher, the dollar is under minor pressure, and equities lower.  Currently, the DJIA is around 300 points lower for the week. 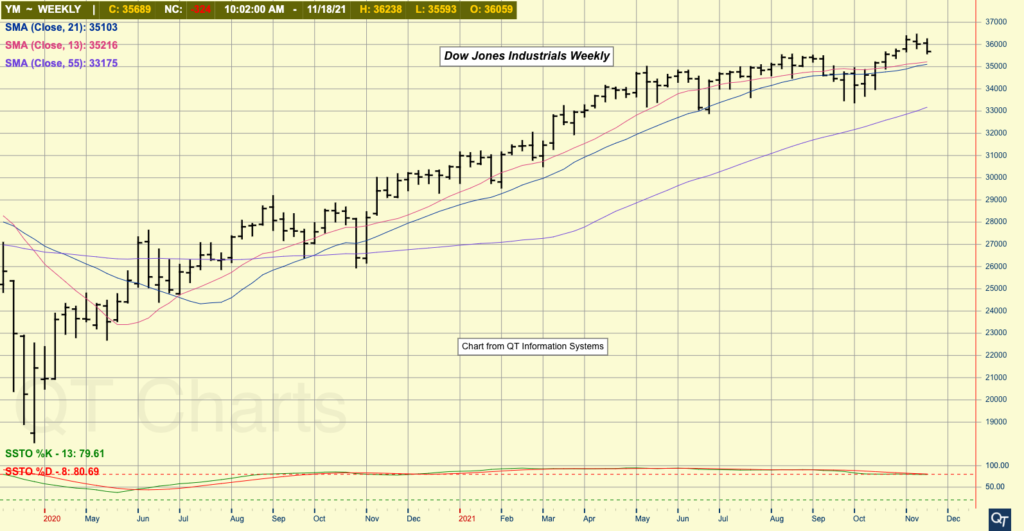