Grain and soy bulls tried to put on a good face yesterday, but the best they could muster by the closing bell was a faint smile.  Be that as it may, they have returned in most markets overnight, and considering many of them sit in at least a short-term oversold technical position, we could have room for a rebound.  With the news at hand, though, do not look for many fireworks.

Opec+ announced today that they intend to move ahead with the planned 400,000 barrel per day increase in production in January but did leave open the possibility that could be adjusted depending on the global effects from Omicron as well as moves by other governments.  As many of you are aware, last week, President Biden announced that the US would begin releasing oil from the strategic reserve in an effort to temper fuel prices, but so did the government of China, India, South Korea, Japan, and Britain.  The news this morning did not appear to have much of an influence on the crude market but keep in mind, it has already dropped more than 21% over the past 5-weeks.  It would appear that if Brent futures extended below the $65 level, it would signal that the party is over for the bull. 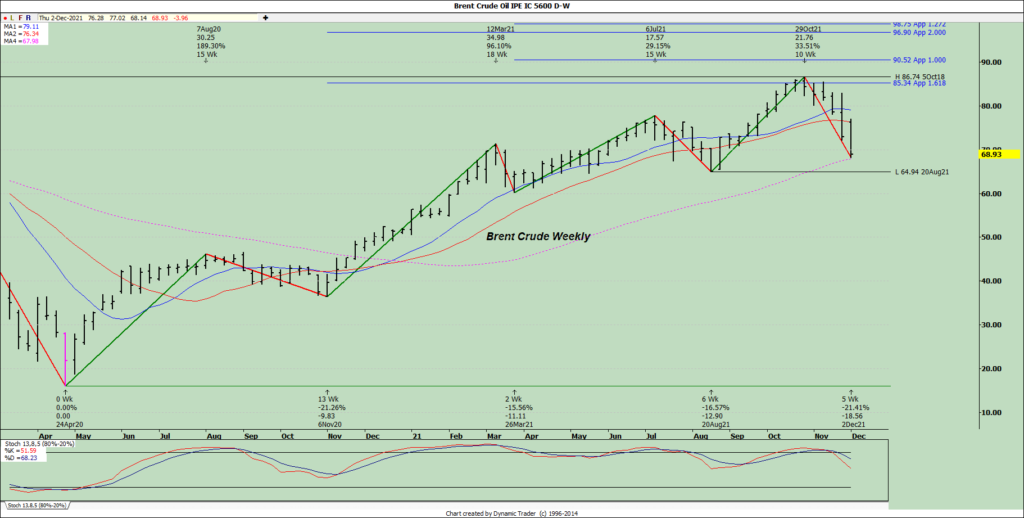 Weekly initial jobless claim jumped 28,000 this week to 222,000, but keep in perspective, that is from the lowest level recorded since 1969 and is still the second-lowest number posted since early March 2020.  The November employment data will be released tomorrow and could be quite interesting.  In the macros this morning, energies are soft, metals under pressure, Bitcoin is firm, financial instruments are flat, equities are strong, and the dollar is under minor pressure.