Grain and soy markets tried to get off on a positive note for this first full week of trade this month, but the optimism was fleeting, and prices quickly moved into lower territory.  Other than the announced sale of 130,000 MT of beans to China, the news is rather sparse, so it is difficult to think the action amounts to anything more than holiday market noise. 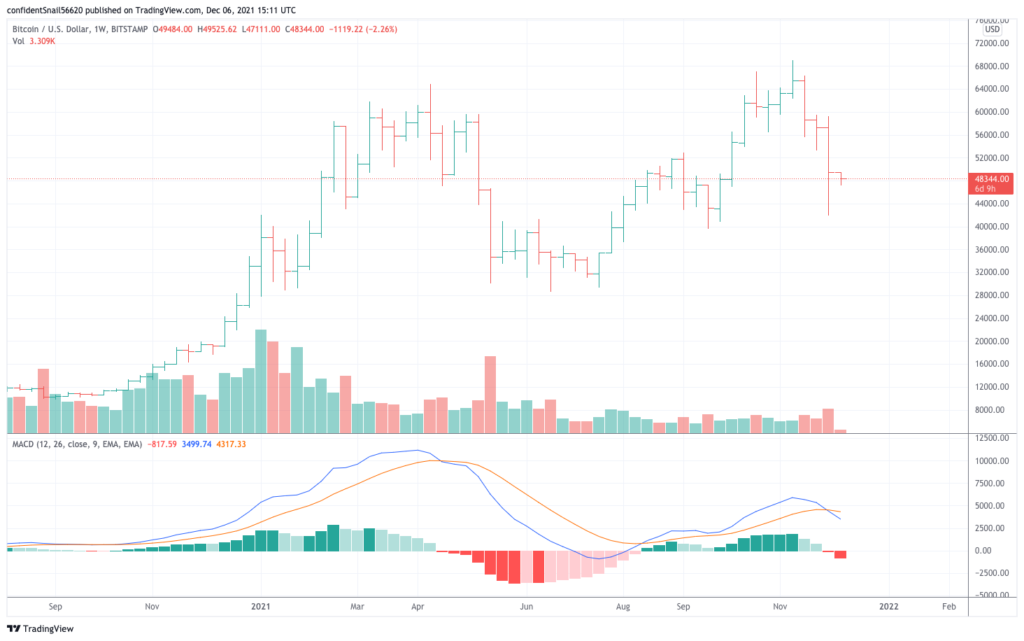 There is one market that appears to have a severe case of holiday blues, though, and that is Bitcoin.  After recording a high of $69,000 at the beginning of November, at the extreme thus far, this showcase cryptocurrency has lost over $27,000, or around 6%. Talk about getting a few lumps of coal in the Christmas stocking.  I was under the impression that this was going to be the next great hedge against inflation and economic uncertainly, replacing the traditional favorite, Gold.  In fairness, Bitcoin is still up 47% for the year, compared with Gold which is sitting around 6% lower for the year, but I suspect many will not have the stomach to weather that kind of volatility.

In the macro scene this morning, we have energies higher, metal lower, and financial instruments lower.  The U.S. Dollar, which had recovered enough by last Friday to close higher for the week, has extended those gains this morning, and the S&P 500 appears to have shaken off its two-week case of holiday flu and has pushed higher as well. 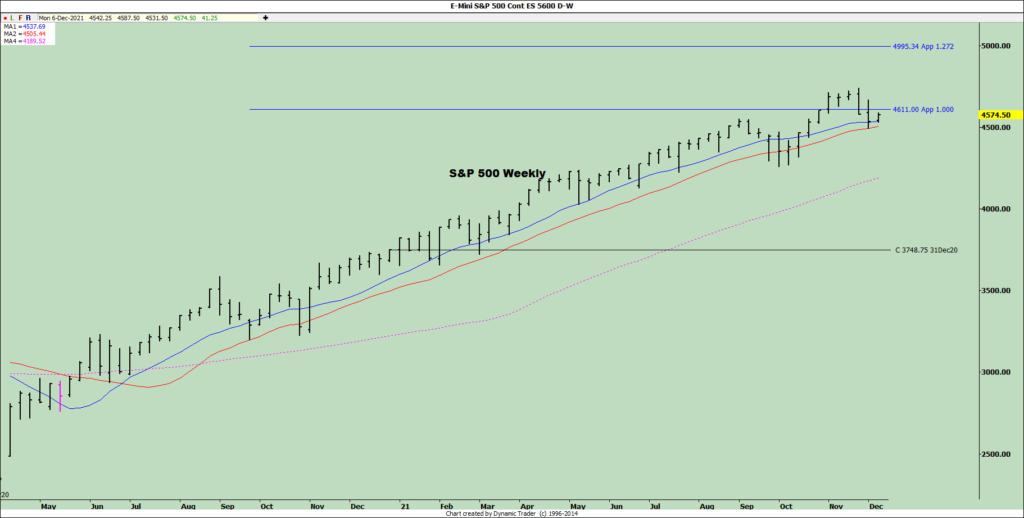