While the grain and soy markets did a decent job of battling back from early pressure yesterday, it was not enough to inspire much in the way of additional buying this morning.  In fact, as it stands right now, with the exception of bean oil, things are looking a bit glum.  Granted, it is not that we have done anything outlandish, but I continue to believe there is a good possibility that we could see prices work generally lower into Christmas and the end of the year.

While not stunning, we have another export sale to pass along this morning.  123,000 MT of beans have been sold to unknown destinations.

Chinese bean imports jumped sharply in November from the previous month, aided by the fact that U.S. ports were on the mend after hurricane Ida.  They unloaded 8.57 MMT of beans during the month, up from 5.11 MMT in October but still lower than the 9.59 that they brought in during the same month a year ago. They have now unloaded 87.65 MMT of beans for the calendar year, which is down 5.5% from 2020.

In Brazil, it is now estimated that 94.5% of the acreage has been planted, remaining just ahead of the average of 91.7%.  There is a growing concern of the lack of rain in the country’s southern regions.  Dr. Cordonnier has not changed his production outlook, 144 MMT, but did comment that he has a lower bias moving ahead. The first corn crop is estimated to be 94% planted, and similar concerns about dry weather in the south also apply here.  In Argentina, the Buenos Aires Exchange now estimates that 46.3% of beans have been planted, compared with an average of 52.5%, and 31% of the corn is in the ground versus 42.7% on average.

Trade balance numbers for October were published this morning, and while they fell right on expectations, we were a sight better than the previous month.  We imported $290.75 billion of goods and services and exported $223.63 billion for a deficit of $67.1 billion.  In September, the deficit was $80.9 billion.

Over in the Marcos this morning, we find energies strong, metals higher, Bitcoin higher, and financial instruments flat.  The dollar is firm, and equities are sharply higher.  Could we see another push to a record high as we wrap up the year?  I would not bet against it. 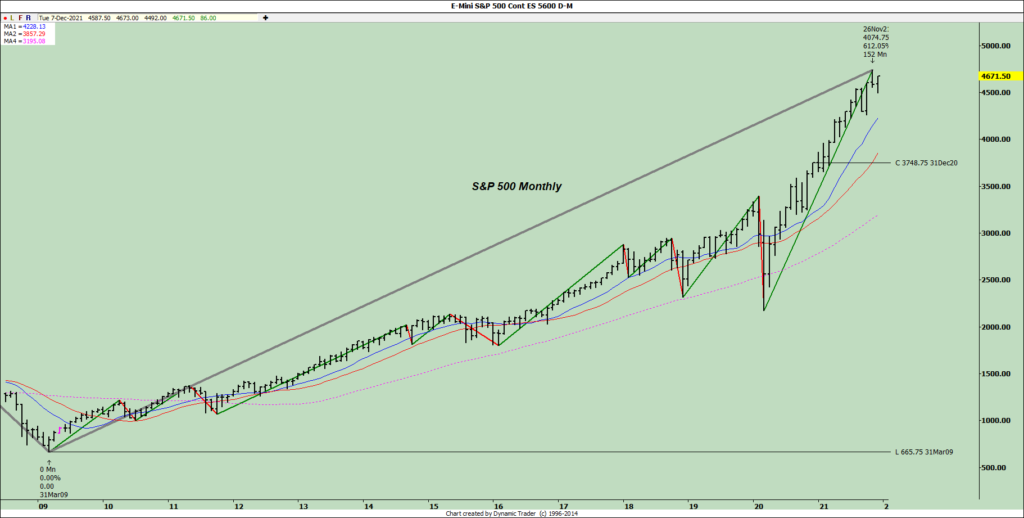