While it was common knowledge that Mexico had been shopping around the U.S. for corn this week, it was still pleasant to see the quantity of corn they snapped up.  A total of 1,844,040 MT, of which 1.09 MMT is for the current crop year and the balance for 2022/23.  This appears to have been enough to lift corn back to the unchanged level, at least briefly. There was also a sale of another 130,000 MT of beans to China, which was greeted with a collective yawn.

There was an interesting piece from Reuters this morning reporting that in 2020, for the first time in 15 years, India surpassed Brazil as the top food supplier to the 22 members of the League of Arab States. India grabbed 8.25% of the market, while Brazil took 8.15%.  While there was not a significant price differential at the farm level for either country, logistics came into play, which favored India.

It is Wednesday, so the overall news is a bit sparse this morning, even on the economic front.  In the macro trade, we have energies soft, but this after a solid three-day advance. Metals are lower, Bitcoin a pittance higher, and the dollar soft after several days of strength.  Equities are holding onto gains after the significant advance yesterday, and financial instruments are under pressure.  It would appear that the bond and note markets have now decided, the Omicron or note, the Fed is serious about the tapering process. 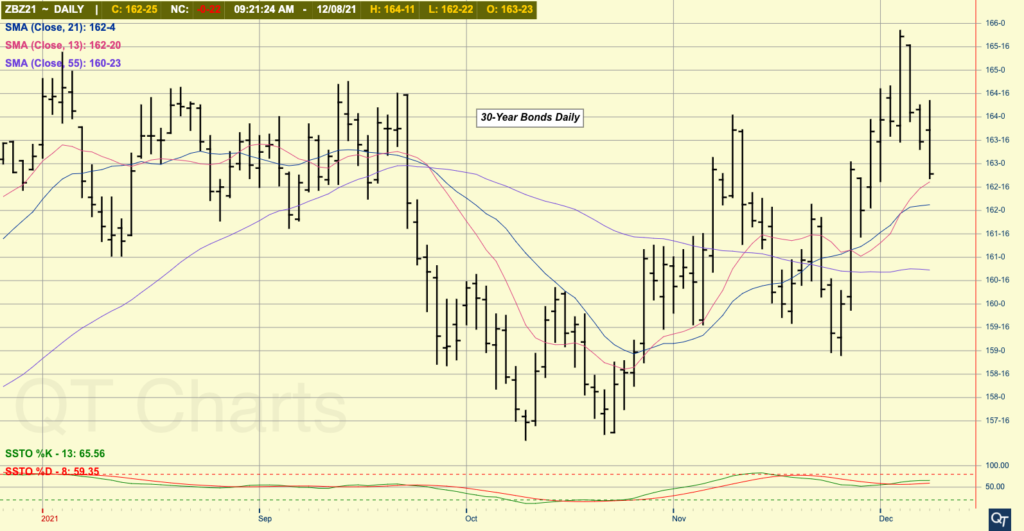