With just two weeks left before we wrap up the calendar year 2021, it seemed an appropriate time to take a macro look at the commodity market picture.  As it stands to date, the GSCI is trading a bit more than 31% higher for the year and should record the highest annual close since December of 2013.  As impressive as that all sounds, it would appear that the performance that we have witnessed during the past couple of months is suggesting that this is one very tired bull and the outlook for commodities in general as we move into 2022 is not so rosy. Of course, an index such as this cannot predict what each and every commodity will be doing throughout the year, as there will always be that wayward child who feels the need to work against the grain. Still, I suspect they will be the exception to the rule and, even then, will fall back in line at some point. We have all heard the expression that a rising tide lifts all boats, but the same theory applies to a sinking tide. 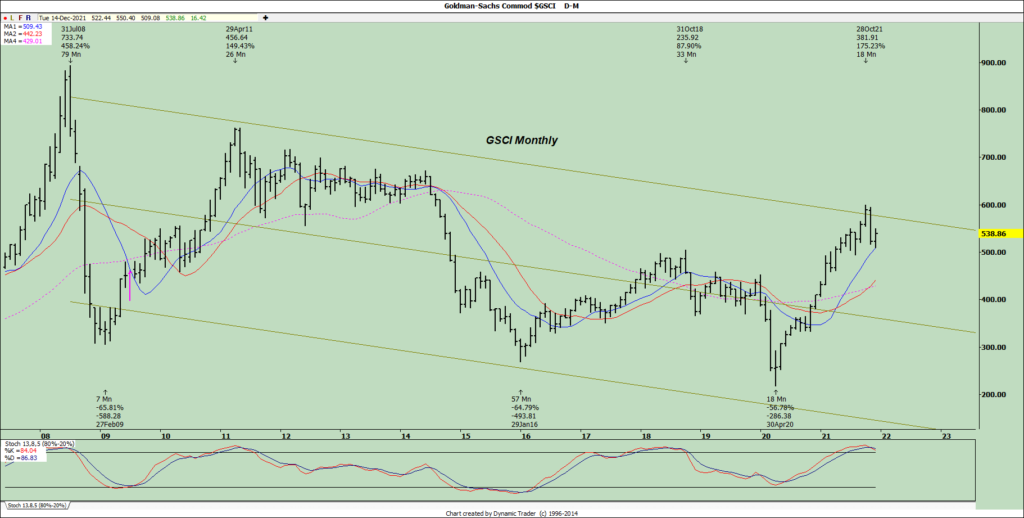 For the Ag sector, this is not meant to be a clarion call to rush out and sell all of the 2022 intended production, although 5.50-ish corn and 12.50-ish beans for new crop prices should not be scoffed at. Yes, I know that input prices have risen dramatically, and there is upward pressure on rents and land prices, but never lose sight of the fact that it is not the market’s job to ensure you will make a profit, and it really does not care.  All that said, it is difficult to imagine significant downward pressure between now and the spring as prices fight for the share of acreage, but that does not mean we need to improve significantly either.  While there is probably little concern of seeing commodities slip back to the levels we were trading at throughout the 20-teens, that does not mean we cannot move into another broad sideways pattern, which would still mean that revenue will likely become squeezed once again. I recognize that is not a very cheery pre-Christmas message, but there is no time like the present to begin sharpening those pencils.

The Federal Reserve will wrap up their two-day December pow-wow today, and markets and economists expect that they will announce plans to speed up the tapering process.  Many expect them to double the pace at which they have been winding down the bond-buying program, which would mean the entire process will be complete by March of next year.  That would then potentially open the door for the first interest rate hike if inflation has not cooled significantly by that time. 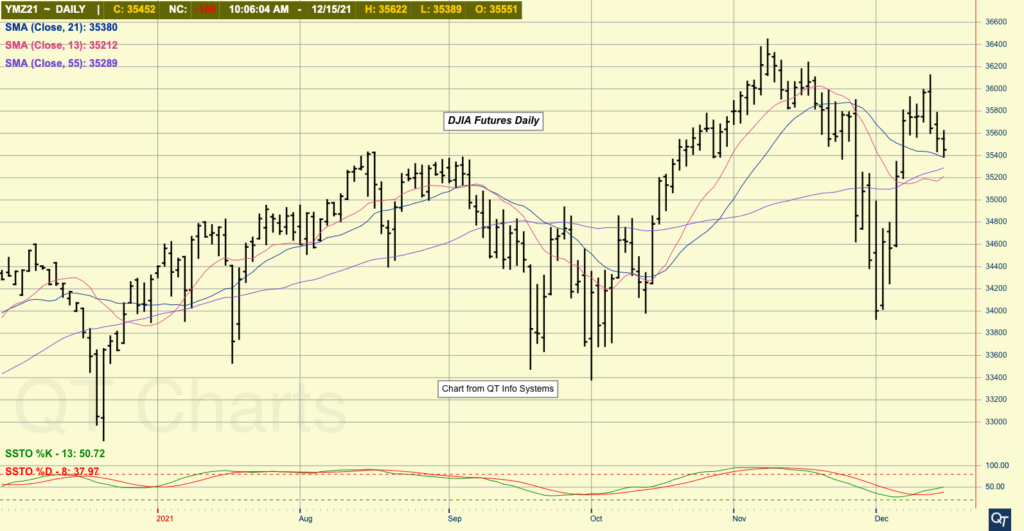