Grain and soy markets were able to finish off last week with a storm of buying, with beans extending to new highs for this post-harvest swing.  It would appear that was a relatively quick-moving storm, though, as after trying unsuccessfully to extend the gains overnight, a few of the bulls have decided to head for the exits and wait for the next forecast to arrive.  As far as actually weather forecasts are concerned, it sounds as if weather conditions in Brazil continue to improve, but Argentina has at least another week of hot and dry to suffer through. I will point out that with that extension into new highs, spot bean futures have reached up to fill a gap that was left on this weekly chart back in August, between 13.95 and 13.86.  There is nothing in the action this morning to suggest that was the final hurray, and I suspect we have room yet to extend this advance to the 14.25/14.50 zone, but that may be dependent on what Uncle Sam has to tell us on Wednesday. 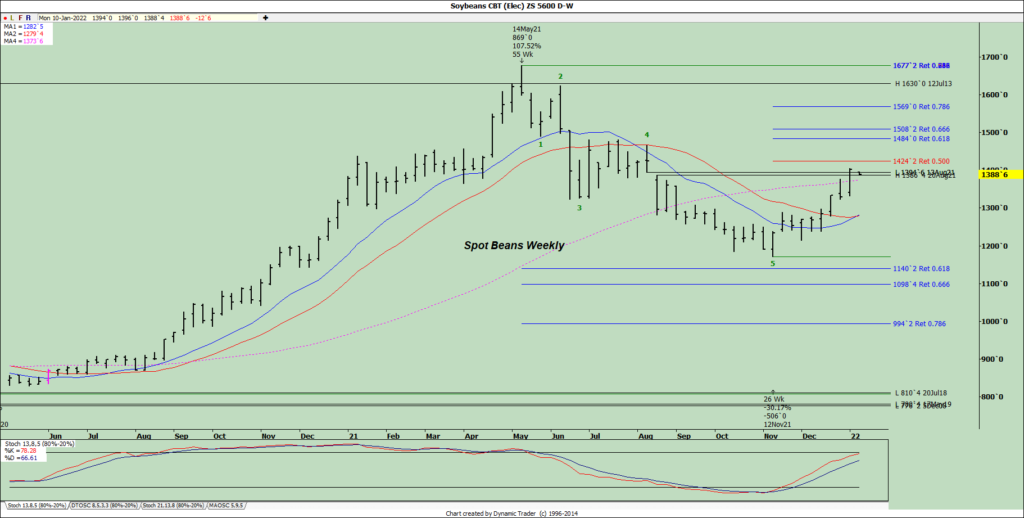 In economic news, November Wholesale Inventories were up 1.4%, compared with the expected 1.2% increase and the prior month at +2.3%. Wholesale Sales rose 1.3% compared with 2.2% previously.

We have a lot of red showing up on the screen this morning for the macros. Energies, metals, bitcoin, and financial instruments are under mild pressure. Equities are down sharply. The one exception is the dollar, which has bounced sharply, recovering most of last Friday’s setback. I would point out that the dollar has been in a sideways pattern since Thanksgiving. While we could eventually breakout on either end of this congestion range, considering we have seen indicators correct from their overbought position and that we are likely to see an interest rate hike sooner than later, I suspect it will be to the upside. 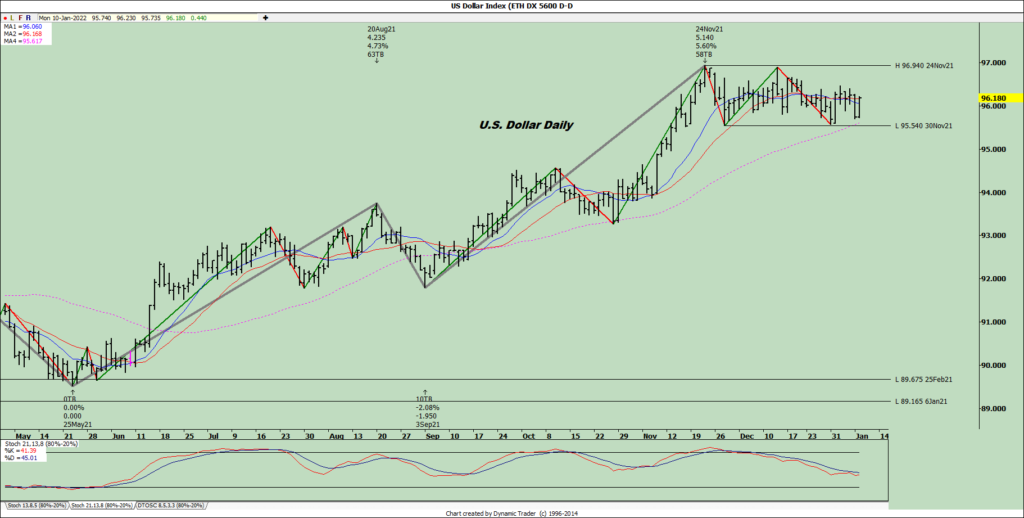