Even though the weather outlook for Brazil and, to a lesser extent Argentina, appears to be improving, it would appear we have pushed beyond the point of return or at least significant improvement for many regions. Do keep in mind, bean harvest is just getting underway in some parts of Brazil, and while that may be limited in scope thus far, as we know, those fields that are close can only benefit from dry harvest conditions at this point. Dr. Cordonnier lowered his Brazilian bean estimate 3 MMT this week to 135 MMT and cut his corn figure 1 million to 112 MMT. Last year this nation produced 138 MMT of beans and 102 MMT of corn. Conab updated their estimates this morning, lowering bean production to 140.5 MMT and corn to 112.9.  One thing we need to keep in mind, though, is regardless of where this bean crop comes in, over the next 30 to 60 days, there will be some 190+ MMT of South American beans available in the world market, which pretty much takes the U.S. out of the picture for many would-be buyers. I would mention that yesterday I sat in on a Zoom conference that featured a couple of economists from the Rosario Grain Exchange in Argentina. For the most part, they confirmed much of what we know about the issues that the nation has confronted with production this year and touched on the other obstacles farmers contend with down there, such as excessive export taxes and inflation (50%). I most certainly make one all the more appreciate what we have here. By the way, this week, Dr. Cordonnier lowered his Argentina bean estimate 2 MMT to 43 MMT and the corn number 1 million to 51 MMT.

In export news this morning, the USDA reports that Mexico purchased 100,000 MT of soybeans for the current crop year.

In the financial scene, Fed Chairman Powell is speaking to the Senate Banking Committee this morning about, yup, you guessed it, Inflation. He has assured the Senators that “We will use our tools to support the economy and a strong labor market and to prevent higher inflation from becoming entrenched.”  I doubt they expected to hear anything less. Most economists expect the Fed to make its first interest rate hike in March, with additional increases then anticipated in June, September, and December. Keep in mind that even if rates are hiked 25 basis points each time, we are still looking at historically low interest rates.

None of this appears to have influenced the macros this morning as we have energies and metals strong, Bitcoin as touch higher, equities under pressure, and the dollar a touch lower. Financial instruments are mixed/ higher, but keep in mind, 10-year notes have already slid down to the lowest point since late 2019. 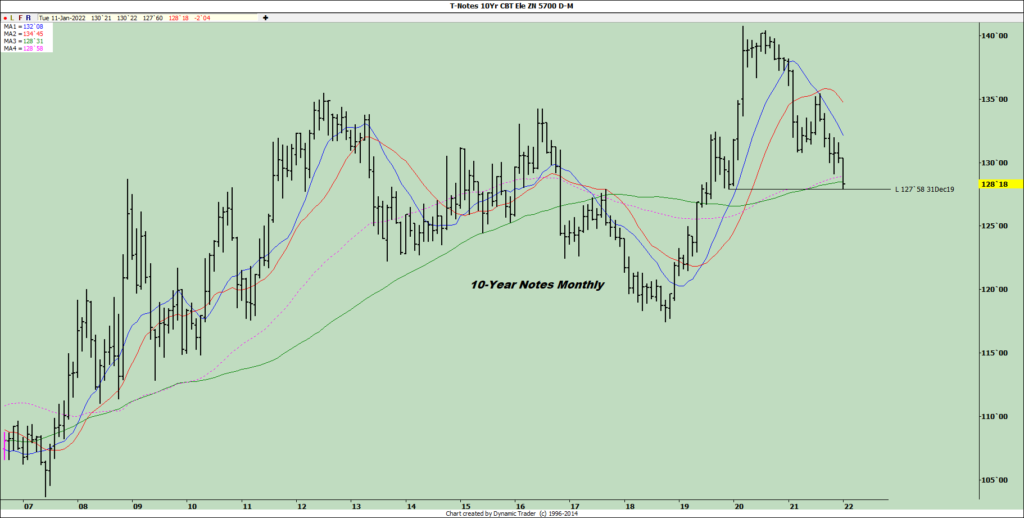