As we all await the latest “word of gov” with bated breath, I thought it might be an appropriate time to take a peek at longer-term charts.  It is quite easy to become wrapped up in the minutia of daily news or monthly reports, and taking a step back to look at the macro picture can, at times, help keep things in perspective.

Looking first at the spot corn weekly chart, we see this market has witnessed a bit over a 26% advance since the September low, but it has turned rather directionless during the past three to four weeks. In the process, we have seen the weekly stochastics move from the oversold zone to the overbought and is now moving very close to tipping lower once again. It would appear that there could yet be potential to extend this advance to the 50% retracement, which sits up at 6.31, but I suspect any further advance would be fleeting. I have a number of daily and weekly cycle counts that cluster together between now and the first week of February, and moving sideways to higher through this period may produce a setup for what could be a significant high for at least the winter and possibly the entire year. 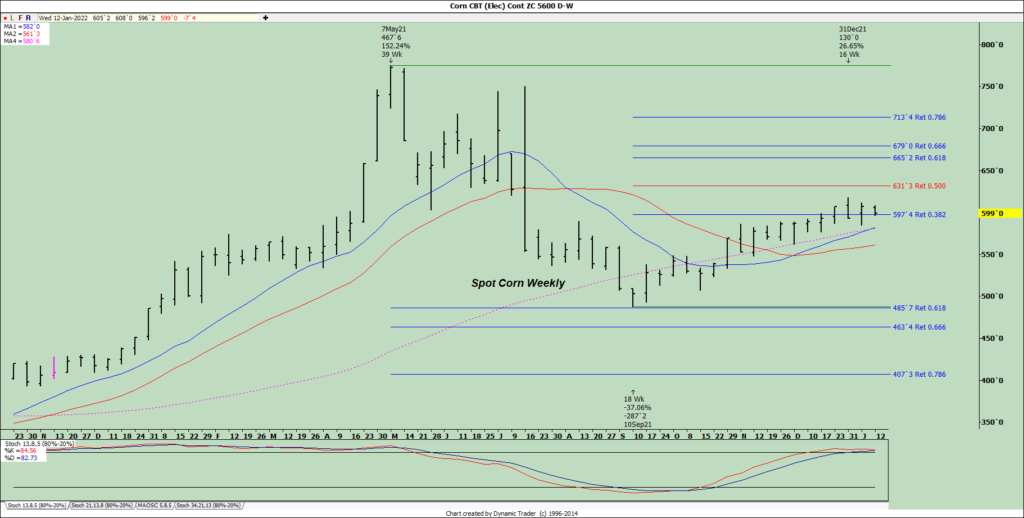 Moving on to soybeans.  Since sticking in a post-harvest low in mid-November, spot futures have advanced right at 20% and, in the process, filled a weekly gap that had been left in August of last year.  Seeing that this market has been advancing for just a bit more than 8-weeks, unlike corn which has moved higher for 16-weeks, we have not quite pushed weekly stochastics into the overbought zone, but we are closing in on such.  It would appear that this market should yet have the potential to extend up to the 14.25/14.50 zone, which does not seem a stretch considering the ongoing weather issues in South America.  Here I have weekly cycle counts lining up for this and next week, with the next then following for the first week of March. 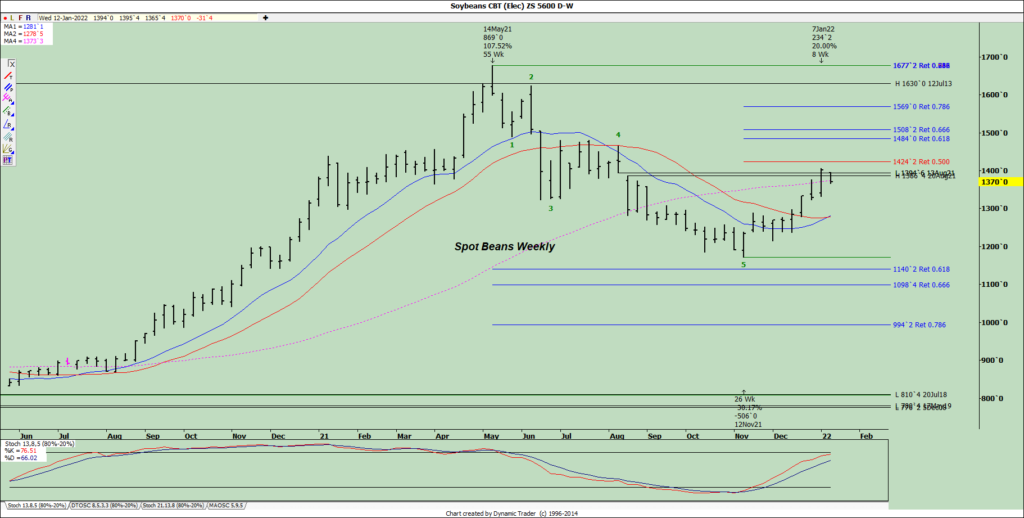 Looking finally at wheat.  This market has been tracking generally higher, realistically, since September 2016, but the most significant advance began from the lows in June 2020.  Since that low, Chicago futures, in a series of smaller waves, advanced just a bit over 84% to a high this past Thanksgiving.  We have since witnessed a corrective pullback of nearly 15% but have not yet threatened to violate the overall up-trend.  Shorter-term indicators are now oversold, and it would appear this market may be poised for a rebound, but I suspect it will be little more than a corrective move within the existing range.  I have weekly cycle counts lining up in this market for next week and then the week ending the 18th of February. 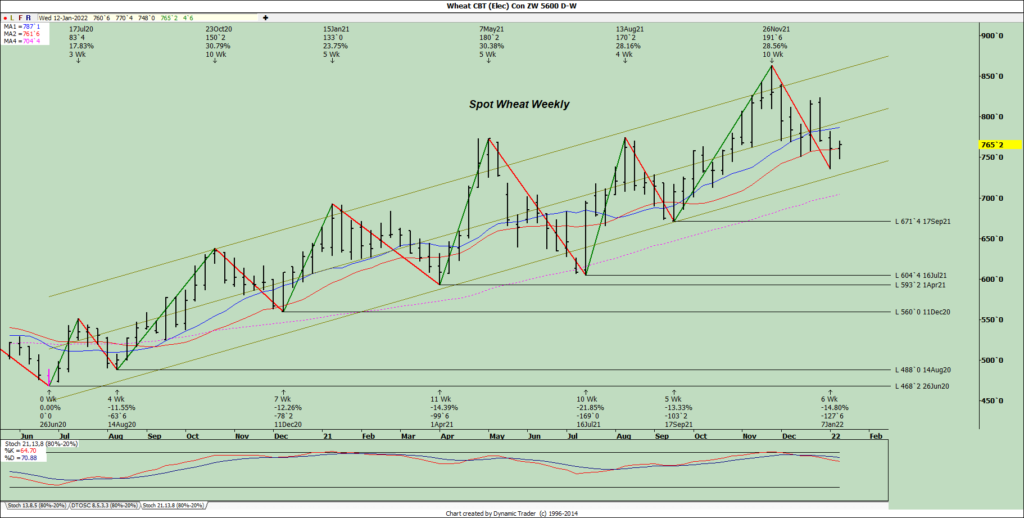 Of course, in just a few short hours from now, the USDA will issue the boatload of January reports, which should provide a little short-term incentive for these markets.  One last note to keep in mind, though, from a historical perspective, all of these markets remain at historically high price levels, and as we all know, to sustain a bull, particularly one as large as this, you need to keep providing a steady diet of fresh feed.