With the export sales report delayed until tomorrow morning, the news feed is even sparser than usual this morning.  As such, the grain and soy markets are semi-directionless this morning.  Corn and wheat have softened, which is quite understandable after several days of impressive advance, but beans have been able to extend a bit higher.  Keep in mind, though, that got a later start than the other two.  It would seem that the driving news for these markets right now could be summarized as such; INFLATION, South American Weather, INFLATION, Ukraine/Russia concerns, INFLATION, Omicron virus, and INFLATION.

I would point out that the recent data from unemployment claims could be signaling that Omicron may be creating a more significant impact on the economy than many have suspected, which in turn could impact INFLATION.  Last week, Initial claims jumped 55,000 to 286,000.  This would be the highest number since October.  Granted, it is still well below the number that were being reported during the last year (886,000 January 16, 2021), but it does mark the third week in a row of rising claims.  Not the kind of trend that one wishes to see.  If this begins to level off next week, it should ease the concerns of many economists, but if not, it could impact detour some of the moves that everyone now believes the Fed is about to make.  While that may not directly impact the ag scene, it could breed uncertainty, and when is the case, investors tend to pull away from markets.

In the calendar year 2021, China imported a total of 96.52 MMT of soybeans, which was a 3.8% reduction from 2020.  Of this total, 32.3 MMT came from the United States and 58.15 MMT from Brazil.  That was an increase of 25% of beans from the US and a decrease of 9.5% from Brazil.  While we can possibly give them an E for effort as this did take an increased share from us, regardless, they have fallen short of the promised total ag imports from the United States.  Of course, this should come as a shock to no one.

In the macro trade this morning, we have energies higher again, with crude closing in on the $90 level and at the highest point since October of 2014.  Metals and Bitcoin are higher, financial instruments are flat to lower, and the dollar is basically unchanged.  Over in the equity markets, after several days of pretty solid selling, we are finally seeing a decent recovery.  Do note that the S&P 500 has slipped down to a level that provided support on several occasions back in December, not to mention this was also the level where we posted a peak around Labor Day.  With daily stochastics quickly approaching the oversold zone, this break could soon have run its course. 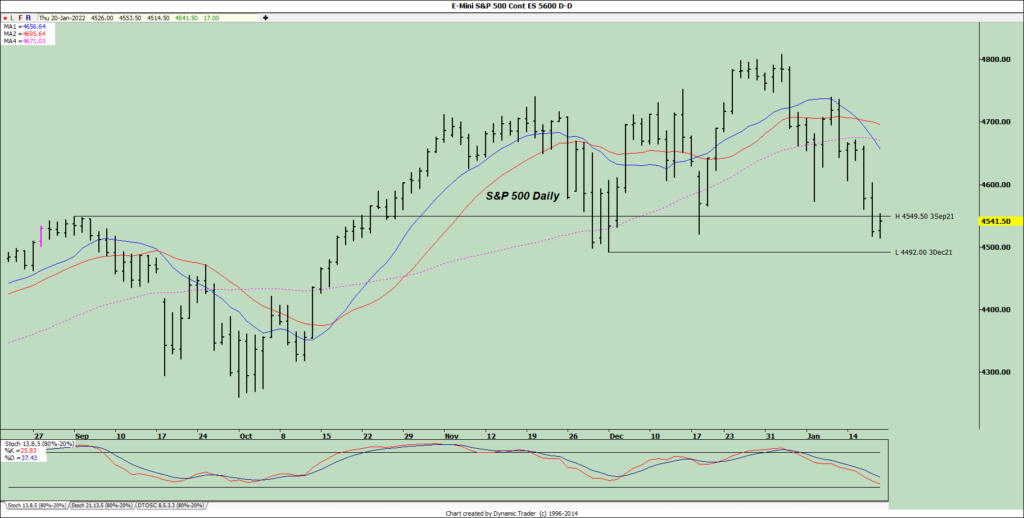