The February reports ended up providing both bulls and bears with a few snacks to nibble on, but as is always the case when you eat junk food, you are left wanting something more substantial.  Let’s face it as well, commodity markets collectively suffer from an acute case of ADHD, so are always looking for the next stimuli, and the first thing they landed on was the hot and dry 10-day weather outlook for Southern Brazil and Northern Argentina, and buyers quickly took the controls once again.  Adding fuel to the fire, Conab released updated estimates this morning and reduced the Brazilian bean crop to 125.5 MMT.  The rally has extended into this morning with soybeans leading the bulls brigade and moving to within striking distance of last years’ high-water mark of 16.77.

While I do not want to come across as one trying to fan the flames of what already appears to be a raging inferno, we must keep in mind, in markets such as this, rationality and temperance can be thrown out of the window.  With the uncertainty of where the South American crops will ultimately come in, end users are preparing for the worst, and speculative sharks smell blood on the water and will continue to attack until they have devoured the last piece of bear meat they can find.  For the rest of us stuck in the middle, these are the kind of markets that will test both your bottom line and your emotions, with volatile swings in every direction.  Can we challenge the record high in beans set back in 2012 at 17.95?  It does not appear to be a stretch to think so at this point, and as you can see on the above chart if that figure was violated, $20 beans become a possibility.  I am not ready to suggest that is where we are headed, but anything is possible until we are provided with a bit more certainty.  As the sergeant on the 1980’s TV show, Hill Street Blues used to say before dismissing the officers for the day ahead.  “Let’s be careful out there.” 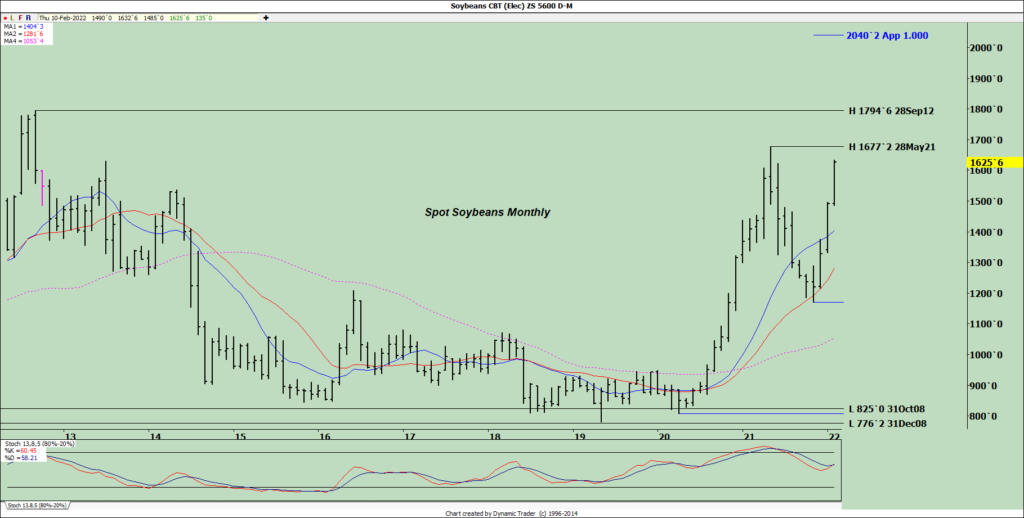 In economic news, the CPI numbers for January were released this morning, and the year-over-year figure came in at 7.5% versus an anticipated 7.2%.  Month over month was up .6%, which was the same as in December but was higher than the expected .4% increase. Equity markets were not particularly excited about the numbers, but many took it as a sign that the Fed may be even more aggressive with rate hikes, and 10-year notes pressed into lower lows once again. 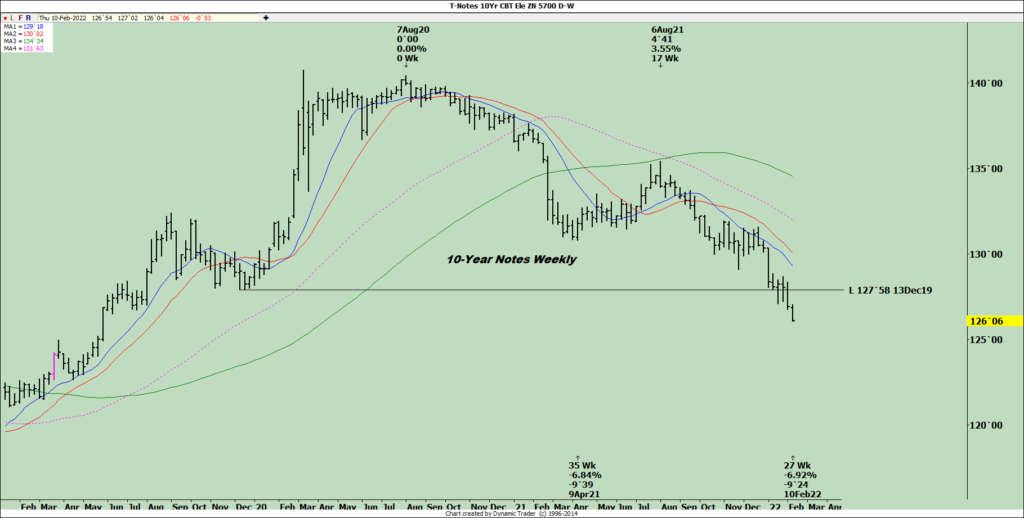