The on-again, off-again situation in Russia is raising havoc, not just in the grain and soy trade but in just about every market traded around the globe.  Risk-on for grain and soy trade, risk-off for energies, equities, and the dollar, and risk-on for the traditional safe haven in times of turmoil, gold, which has pushed up to the highest levels traded since June of last year. 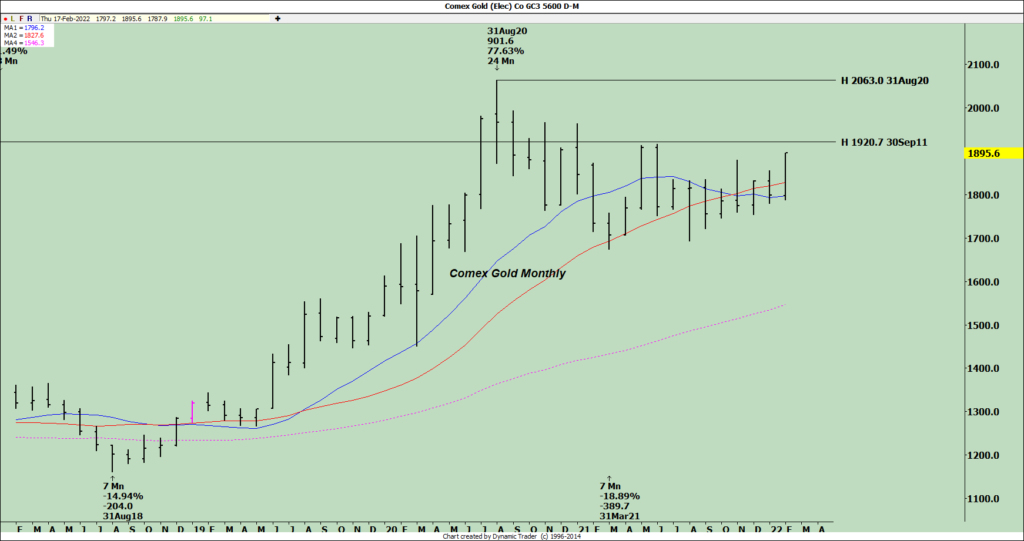 I certainly have no insight as to the eventual outcome with Russia/Ukraine, but if I were a betting person, I would be no means be putting money behind an independent Ukraine.  While that may or may not happen this time around, as long as Vladimir Putin rules Russia, it would seem inevitable.  If you look at price action back in 2014 when Russia crossed into Crimea, you would be hard-pressed to think anything out of the ordinary has occurred, but of course, Ukraine is a much larger presence in world grain markets than they were at that time.  This morning, Karen Braun of Reuters News pointed out that Ukraine currently accounts for 16% of global corn exports and 12% of wheat.  China now takes 36% of the corn shipped from that nation.  While there is no reason at this point to believe that will change, all of this most certainly breeds additional uncertainty, which of course, markets never really need more of.

We do have a few economic reports worth noting this morning.  The Philly Fed February Business Activity Index came in with a reading of 16, compared to the previous month at 23.2 and an expected 19.  The New Orders Index for the month registered 14.2, versus 17.9 last month, and the Inventory Index climbed to 4, from 3.1.  Housing starts in January appear to be feeling the effects of higher mortgage rates, declined 4.1% versus the expected .7% decline.  Finally, weekly Initial jobless claims edged up 23,000 to 248,000 but have appeared to have largely leveled off.

This morning in the macros, we find energies under pressure, metals and financial instruments strong, the dollar slightly higher, and equities under pressure.  As I commented initially, much of this trade this morning appears to be driven by global uncertainty.