Not only will this comment be indicative of my age but will also expose the extreme level of nerd-i-ness I displayed in during my formative youth, but as the comedy group Monty Python used to say as the would segue between skits, “And now for something completely different.” Of course, they would then launch into something often insightfully humorous such as the societal role of the village idiot while I, in turn, am going to take a look at markets, which seems to be anything but funny at this time. Specifically, I am referring to the recent action in the equity markets.

After extending into new record highs at the end of February, spurred along by the belief that business/economic friendly legislation would sail through the halls of Congress, it would appear that optimism may be waning now that the rubber has hit the road and it turns out the pavement is filled with a multitude of hazards that could throw the vehicle completely off the path (blatant allegory to the poor state of our nation’s infrastructure).  Interestingly enough, the battle over replacing Obama-Care, appears to have triggered a wave of disappointed selling in equities with the idea that if Republicans and the White House cannot even come to an agreement on this, how will they be able to work with the opposition to pass an already unpopular proposed budget, tax reform or ideas for economic stimulus.  While votes have yet to be cast, the S&P broke sharply yesterday, and I suspect that if the replacement fails, the exodus may accelerate. 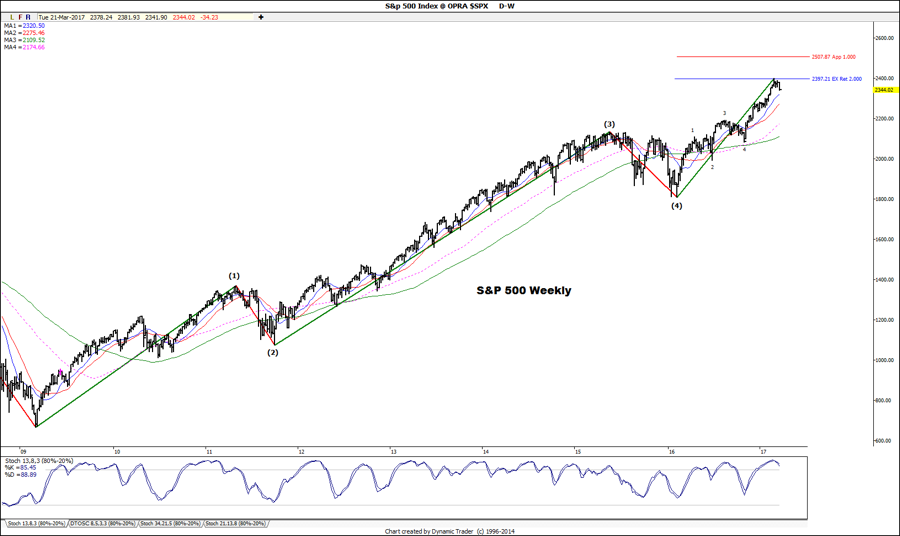 Of course, you may already be asking yourself, what does this have to do with the price of tea in China or possibly better stated, the price of corn in Iowa, but it could ultimately have quite a bit of influence.  Never assume that all markets are not interrelated.  At a minimum, capital will flow back and forth as it searches for the best value but in the case of equity markets right now, a break there would very likely be in conjunction with less inclination to see higher interest rates, and the potential for the dollar to continue to erode as well.  While none of these factors should be enough to send commodities on a bull run they could help set the foundation stage as we progress out into the summer “risk” months that lay ahead.

Grain and soy markets remain in a defensive posture this morning and while we have not suffered and real additional damage, there would appear to be little in the picture at this point to suggest a reversal either. We may need to remain patient for another week or so as we await the acreage and grain stocks reports on the 31st.  While there is of course always the potential for a negative surprise within the numbers, it should also mark the actual transition to a weather-related growing season mentality in the market and adding in that uncertainty should be a positive factor.