We have finally reached the end of a rather dismal week for the grain and soy markets and it is one that cannot wrap up any too soon.  If we were to close right now, nearby corn would be down 14-cents, beans just over 5-cents and finally wheat, which is just over 20-cents lower for the week and actually poked in a slightly lower contract low this morning for July futures.  If I did not know better, I would suggest that the remaining longs in wheat decided to end it all yesterday and passed around a cup of hemlock.

Actually, with the exception of the cattle market that has uncovered renewed optimism with the prospect of opening exports to China, much of the Ag sector has been suffering since the early year optimism and we have seen the DB Ag fund now press into lower lows.   While certainly not a welcome development, considering that we are already quite oversold, I do not believe this portends a new major wave lower but could very well be telling us that our time of wandering through the desert has not come to an end.  There is one economist that I watch who refers to market cycles as the four seasons and believes that major moves will always progress in the same fashion, ending with a bleak and barren winter.  If that is correct, and I believe it is, the ag sector has been stuck in a long and drawn out winter season for some time now and while there has been an occasional sign of new life emerging, another winter blast comes along to ravage the new growth.  That said, spring will follow and lead to the growth of summer and whether you want to take that literally or metaphorically as in reference to markets finding new life and growth, I believe we remain on the cusp of making that transition. 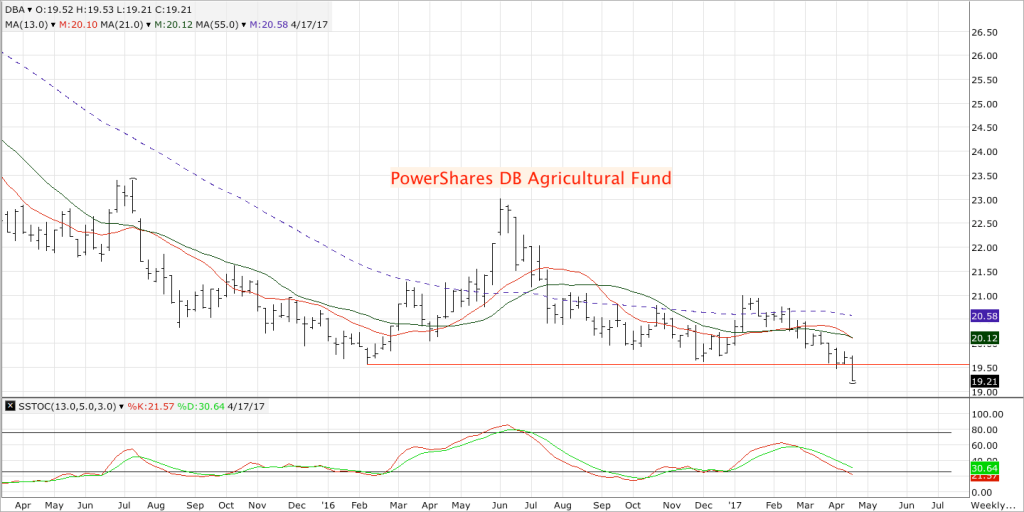