Corn and wheat markets appear to be playing a game of catch-up with beans this morning as they have bounced very nicely while soy has struggled to extend strength.  Overnight I read a number of stories that were trying to give reasons as to why the bean market advanced yesterday, which seemed to range from export demand (132k MT?) to more rain moving in that could delay the soybean planting pace. While by no means would I suggest that these stories are not elements that have and are supporting prices, but also believe that the action is telling us that we sit at a place of value right and until we uncover a new component that upsets the existing mindset, we will remain in this broad sideways trading pattern.  Of course, it is more fun/interesting to talk about weather and demand.

Another seeming supportive factor that has been generally ignored as of late is the weakness in the dollar but it would appear the additional pressure this week has once again caught the attention of the trade. 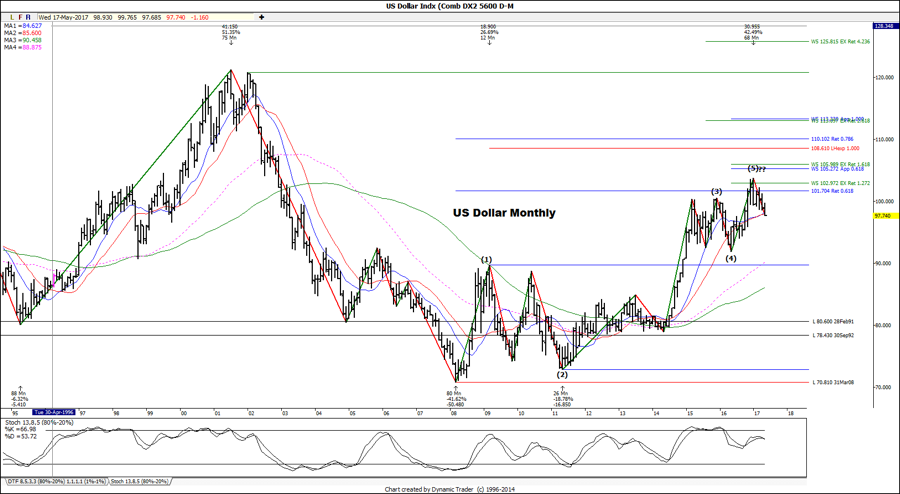 Note that the Dollar Index has been tracking generally lower since poking up to the highest point traded since December 2002 just after we rolled into the New Year, but the acceleration lower appears to have picked up additional steam this week.  By no means do I want to suggest that this is THE reason that we have witnessed support in commodities as I have commented numerous times that we should never think there is a 1-to-1 inverse correlation. Still I do have to believe it may be a slightly silent element providing at least psychological support for now. 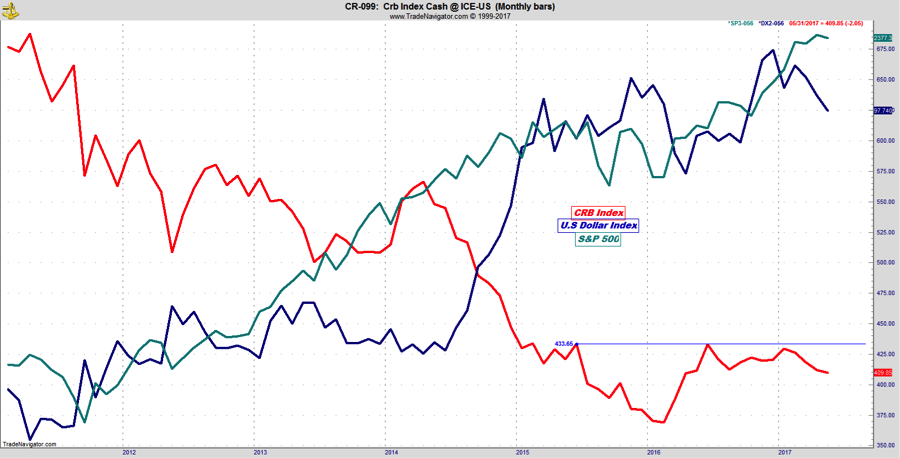 Additional news would appear to be rather sparse this morning so we will look out to exports sales tomorrow morning for something fresh.  Overall macros are supportive as in addition to the weak dollar, equities are lower, financials quite a bit higher, energies positive and the metals showing solid strength.  If I did not know better, I would say that market are feeling just a bit unsettled with all the political turmoil that has occurred this week.