Grain and soy markets are witnessing positive relief this morning after beginning the week with one of the more severe shellacking’s that has been witnessed for months.  Evidently, spec funds are using an equation along the lines of (average or better plant emergence + sunshine) x rain probability >30% = big yields, as it was estimated that funds sold around 25k contracts of corn, 7k beans, and 8k wheat. Of course, not all equations produce the right answer and the release of condition reports yesterday tempered expectations.  The largest shift actually came in spring wheat as the good/excellent category lost 10% from the prior week, dropping from a rating of 55% to 45%.  The poor/very poor number rose to 20%, compared with 11% the week before and just 2% a year ago at this time.  There was very little change albeit a slight deterioration in winter wheat as there was in corn, which now shows 67% of the crop good/excellent and 8% poor/very poor.  A year ago, these categories stood at 75% and 4%.  This was the first week in which beans condition ratings were included, and the good/excellent ranking starts at 66% and poor/very poor 6% compared with last year at 74% and 4%.  Granted, there is potential for moisture across a nice swath of the Midwest between now and the weekend but it would appear that we have no excess amount of moisture for crops for much of the region at this time and of course, much less than needed in the Northern Plains. Granted, we all recognize how rapidly this can change, but dry tends to begat dry as wet often begats wet so it would seem rather premature to become overly confident concerning average or better yields.  This could (should) be an interesting summer ahead for all of us. 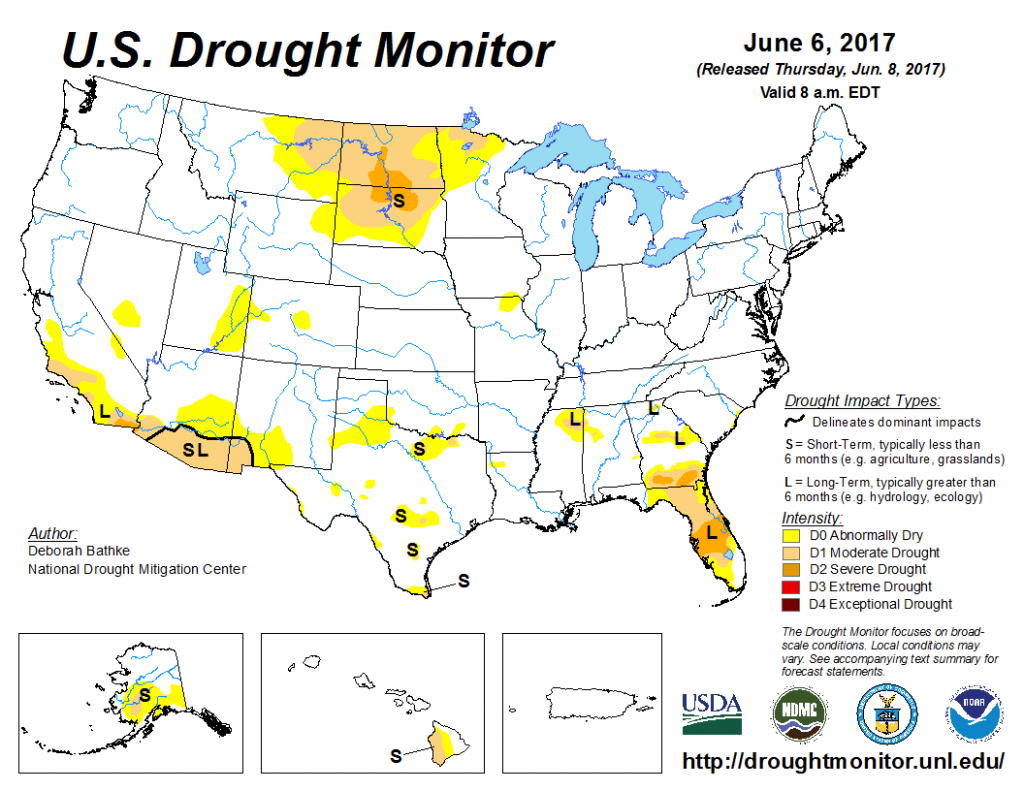 With the focus shifted to the North American production, we should not lose sight of the southern hemisphere.  Conab released revised estimated for Brazil and have increased total bean production to 113.91 MMT and corn at 93.8 MMT. The USDA currently places these figures at 114 MMT for beans and 97 MMT in corn.  The safrinha corn harvest is estimated to be 2.6% complete according to AgRural. Further south in Argentina it is now estimated that bean harvest is 90% complete and corn 42%.  Dr. Cordonnier bumped his bean estimate higher by a half million metric ton to 57 MMT and left the corn estimate unchanged at 39 MMT.  The USDA has these crop at 57.8 MMT and 40 MMT respectively.

I must admit, I hate weather markets, but that is part of the reality we must face each year.  That said, we could use an injection of excitement and volatility as that us what is needed to present opportunity.  Keep in mind though that in the greater scheme of things, they are short-lived in nature and for those without a plan, opportunities are too often lost.