I cannot even begin to count how many times over the past couple years that I have had to write that the wheat market remains as the “dog” of the grain and soy complex as it consistently either moved lower or sideways at best as corn and beans seemed to enjoy at least an occasional bought of optimism.  One of the aspects of this that was always nagging at the back of my mind was the fact that I was brought up in the school of thought that, specifically when it came to the grain markets, you could never sustain a “real” rally unless it was led by wheat. 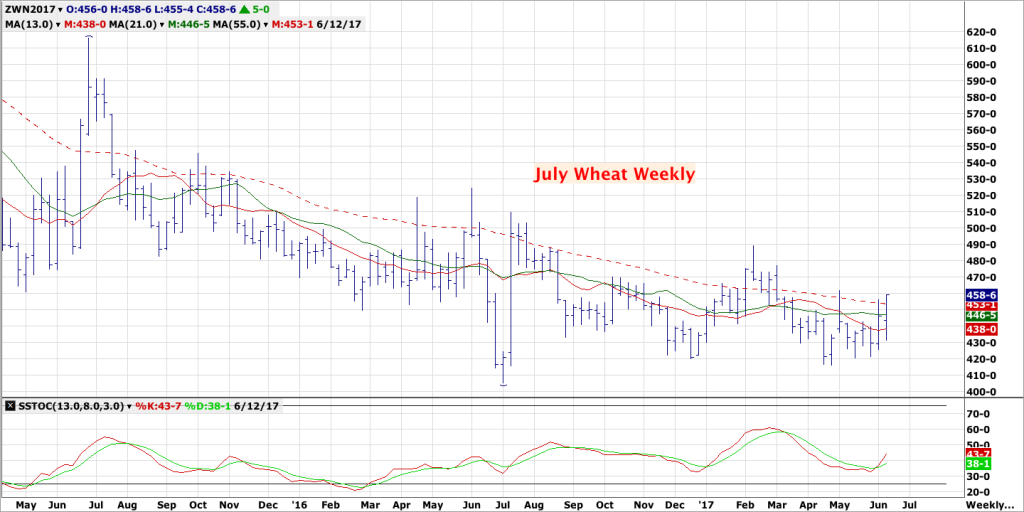 When you think about it, wheat is a much more versatile grain that say corn, as it can be utilized for either food or feed so the corn market could never become too carried away if wheat was not leading the charge.  I suppose this philosophy could be somewhat reduced now in the corn ethanol era, but while remaining solid, corn demand for ethanol has basically flat-lined so no longer leads the bull brigade for usage.  Of course, the reason I bring this up is that once again, wheat appeared to provide the spark yesterday that led the turnaround in the grain/soy markets and seems to be at the head of the pack again this morning.  Earlier this week I had already pointed out the 25% advance that the Minneapolis wheat market has recorded since April and it would appear that the Chicago and KC markets sit on the cusp of doing something exciting as well.  With the advance that we have witnessed so far this week, each of these markets have approached what has been key resistance for the past several months and if we can sustain the current strength for the close today, will post the highest weekly close for Chicago since February and in the KC market, the highest since June of last year.  While there is certainly no assurance that we can follow-through higher from here, I for one will be keeping a close eye on these markets for a potential tip-off for what may be in store for corn later this summer. 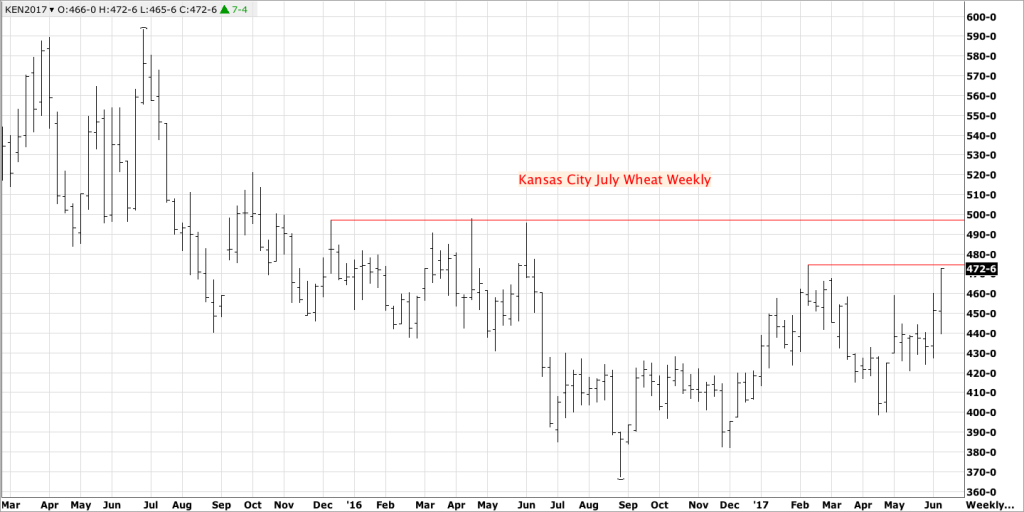 Port strikes in South America almost appear to be a mandated annual occurrence but no matter how much you can anticipate them happening, it can still create a problem.  This week in Argentina the port workers union has walked out.  According to the general secretary of the union, they have “paralyzed” activity and currently there are 20 grain vessels that have had to drop anchor and wait for this to be resolved.  While I would suspect that this should be resolved fairly quickly, it is representative of one of the reasons why buyers appear to favor the U.S. over South America for reliable supply.

Looking out to next week, the focus on the market should be weather, weather and then a little more weather.  We shall have to see if it becomes as violent as a few of the storms that passed through the Midwest over the past week.