As expected, the February production and supply/demand released by the USDA was largely a non-event, but there were a few changes worth noting.  Uncle Sam did boost U.S.  bean exports 50 million bushels, dropping ending stocks to 425 million, which is now a 53% reduction from 2018/19.  While one might assume that the reason for the change was due to the signing of Phase One, but in actuality, it was because the USDA expects China and others to increase bean imports in total this year as hog herds begin the rebuilding process.  Chinese imports were boosted 3 MMT year over year, which equates to around 23 million bushels. The other domestic adjustment was in wheat were exports were boosted 25 million bushels to 1 billion, which would be the first time we have breached that even number since the 2016/17 crop year.  Also, at 940 million, we would be looking at the lowest ending stocks figure since 2014/15.

Last but not least, quite literally, the Brazilian bean production estimate was pushed up 2 MMT to 125 MMT, which, if realized, would be setting a new record.  They also increased the projection for Brazilian bean exports up 1 MMT to 77 MMT.  If there is to be any hope for the United States to remain competitive with Brazil, we are going to need to see the Real reverse course, and this month, it has driven into lower lows once again.

The Energizer Bunny Index, formally known as the S&P 500, has pressed into new record highs once again this week, surprising even the most optimistic of traders.  In sharp contrast to that, I received this graph this morning which provided a much more somber look at what has happened in the ag sector of this country in the past year and past several year for that matter. The number of farms filing Chapter 12 bankruptcy in 2019 increased by 19% to 595, and reached the highest number recorded in the past eight years.  Keep in mind, and this is even with the $28 billion in MFP assistance that was provided to soften the blow from the trade war.  Small dairies would appear to have been particularly hard-hit last year.  My neighboring state to the north, Wisconsin, alone represented 9.6% of this total with 57, which was the highest number in that state in a decade. 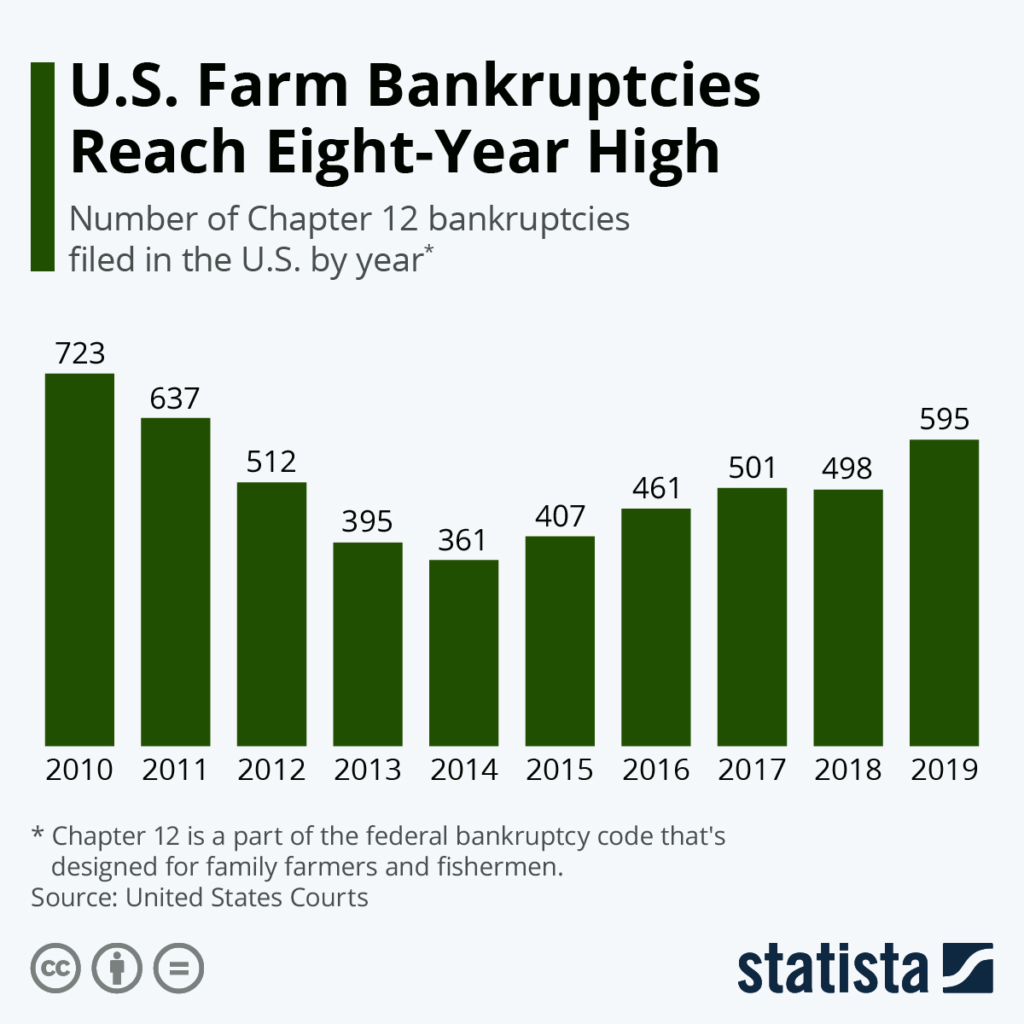