Grains finished mixed after quiet trade. Not much going on other than a revised Conab estimate and some export sales this morning. On the sales front the USDA reported 14.6 million bushels of corn going to Taiwan and unknown destinations.

Conab’s estimates were largely ignored, as soybeans still rallied despite a 1.4 mmt increase in the size of the Brazilian crop to 103.8 mmt. The corn estimate was raised to 84.5 mmt from 83.8 mmt. The more important figures will come on Thursday with the USDA’s estimates, which according to average trade estimates call for for a slight increase from Brazil and a decrease in Argentina. We at The Hueber Report have left our estimates unchanged from December.

March corn finished 1’6 lower at 358’2. The range continues to hold, and with stochastics pointing lower we can assume we’ll have lower trade in the days ahead. We do tend to get a bit of a seasonal bump over the next few days and there are some cycle counts coming up, but overall the action points lower. We’ll treat a test of support as a buying opportunity. It’s important to note the weekly stochastics have crossed higher from neutral territory, which indicates a breakout higher should probably also be bought. 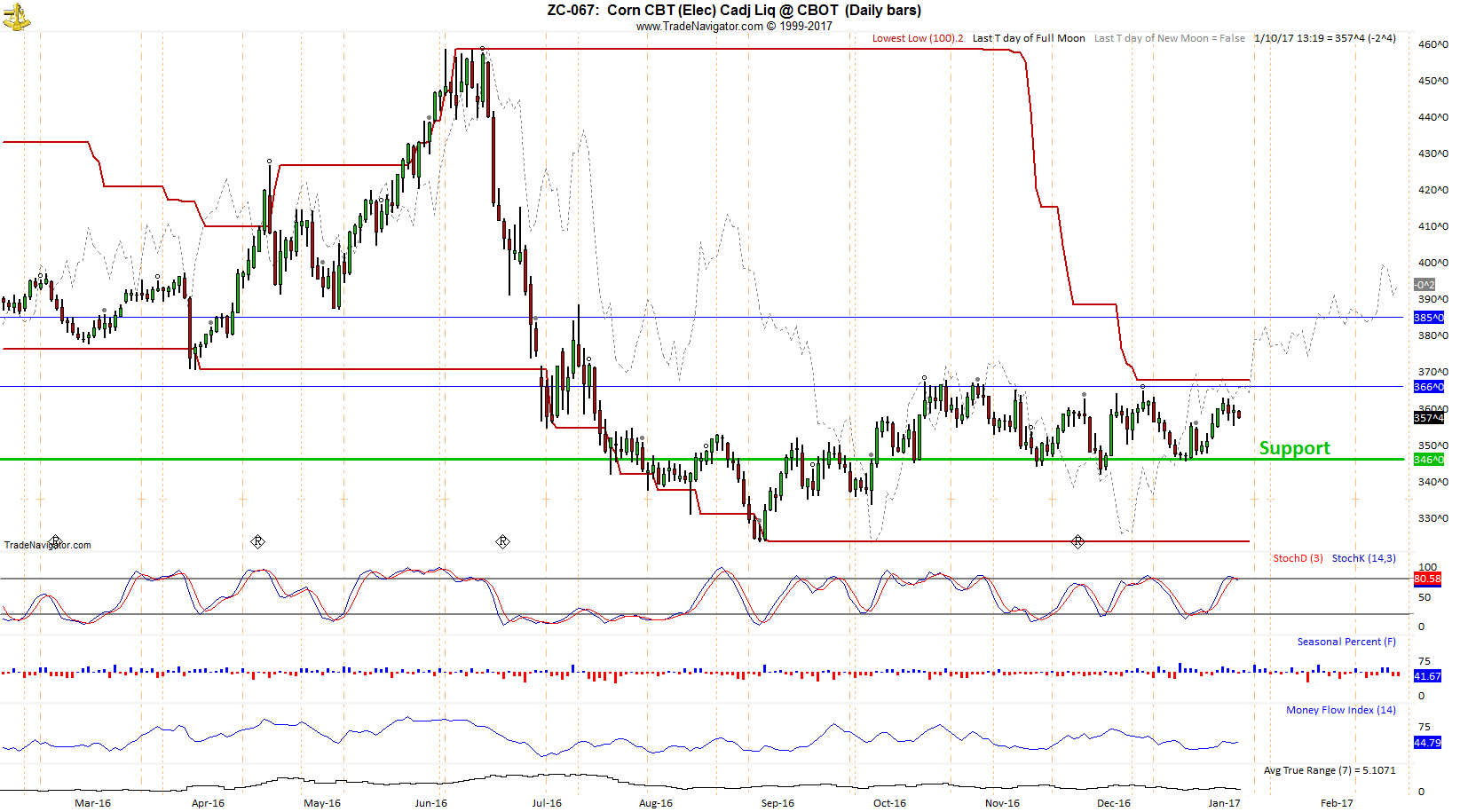 March soybeans gained 8’4 to 1013’6, which was near the day’s high. Indicators aren’t giving us any clear ideas right now, but we are lining up with a few cycle counts and have stochastics in a mildly positive position. Trendline resistance comes in at 1022’0 tomorrow, which gives us plenty of room to run. We feel producers will be aggressive sellers on any rallies, and that may be enough to cap prices in the short term. While we aren’t ready to commit to a major direction quite yet we will reiterate our recommendation to buy short dated puts on any rallies to get protection through the crop insurance pricing period. 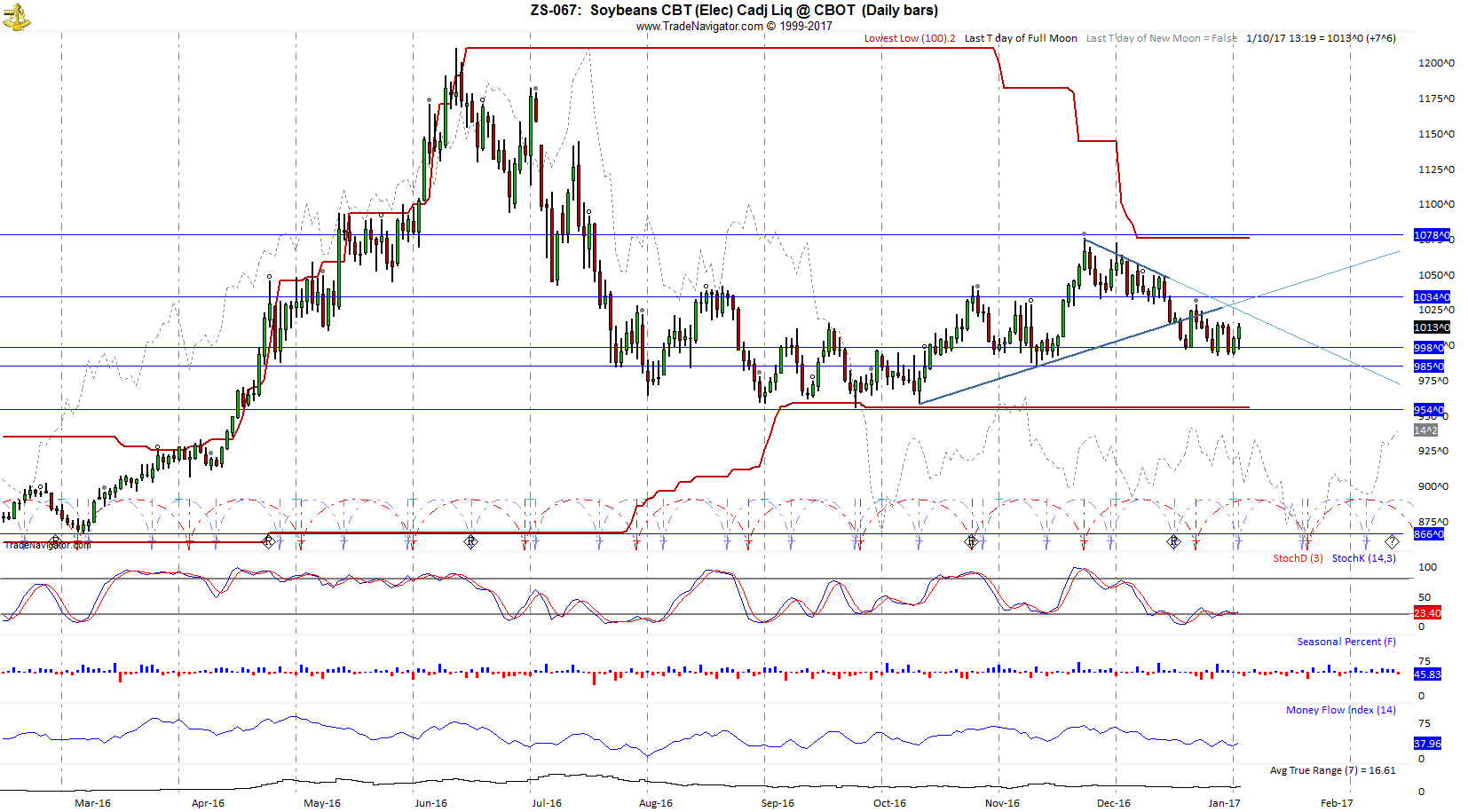